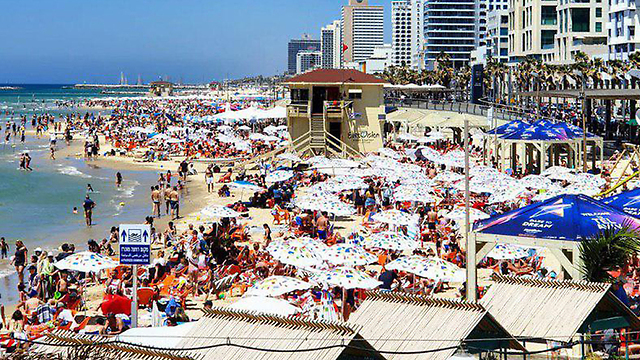 Europeans visiting Tel Aviv for the Eurovision Song Contest woke up to scorching temperatures as summer made an early entrance with an unseasonable heatwave.

Sunday will see northern winds blowing along the coastal plain, with the northwestern winds in the Mediterranean Sea will reach the speed of up to 40 kph (25 mph), while the waves could reach heights of up to 130 cm (4 feet).

On Monday and Tuesday, there will be an even further increase in temperatures and the weather will be unseasonably hot in most parts of the country.

The heatwave is expected to ease slightly on Wednesday - especially along the coastal plain - but it will remain unusually hot and dry, which will be most noticeable in inland areas.