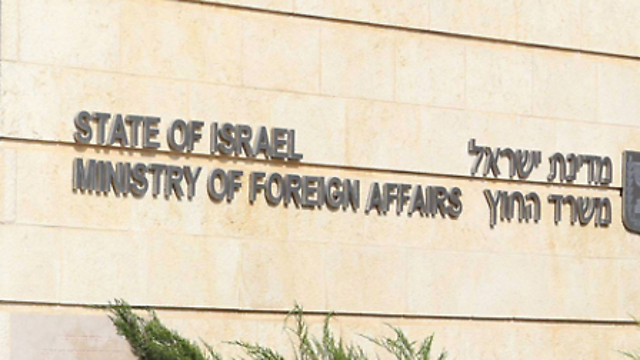 Opinion: The diplomatic corps has been stripped of its responsibilities, money and future, but a new person at the top may be able to make it relevant once again, if he or she decides to

The new Israeli government is in for a surprise. Considering the fact that there are one or two challenges facing Israel in the international sphere, a full-time foreign minister will have little if any period of grace before having to charge full-speed-ahead, if he or she is to succeed.

First and foremost, the new minister will have to recuperate all that was stripped away from the ministry, starting with responsibilities and purview, in order to deal with the complex challenges facing the country.

Israel is losing its bi-partisan standing in U.S. politics. Europe still refuses to amend the Iranian nuclear deal. Anti-Semitism and the BDS movement are more brazen than ever, all over the world. Israel's relationship with the Jewish Diaspora is disintegrating.

Tectonic, geo-political changes are taking place in the Middle East. And it is all part of a complex web of interconnected challenges that make up Israel's foreign relations.

Over a period of years, successive government have ripped away parts of the Foreign Ministry and handed them out to anyone who asked, turning the service into a shadow of its previous self.

While other countries understand the need for a strong foreign service that can lead international policy, Israel has operated differently. It is time to change the trajectory.

The new minister will have to fight for a budget, which has been cut in recent years. The till is empty; there is no money left for foreign policy nor to train the next generation of diplomats.

The good and conscientious employees at the ministry have not been allowed to do their jobs and without young, forward-thinking recruits, there will be no future for diplomacy.

A new minister will have to bring the ministry into the 21st century. The foreign service is still using last century tools. New work methods, that include setting and measuring goals and success, must be deployed.

The ministry must shake up its political department and invest in social and financial diplomacy, which includes aid packages, which in the past, have created opportunities for us in Africa, Asia and South America.

This must be done not only to improve our diplomatic standing but to strengthen our economy as well.

This is a critical time. Trump's "deal of the century" is about to drop and so far, the political department of the ministry is kept out of all discussions on the subject.

A new minister could make the ministry relevant again and a useful tool in policy making, if he or she decides to. And this makes the minister's role an important one as well.

Ron Prosor is the former Israeli ambassador to the United Nations and the Court of St. James's