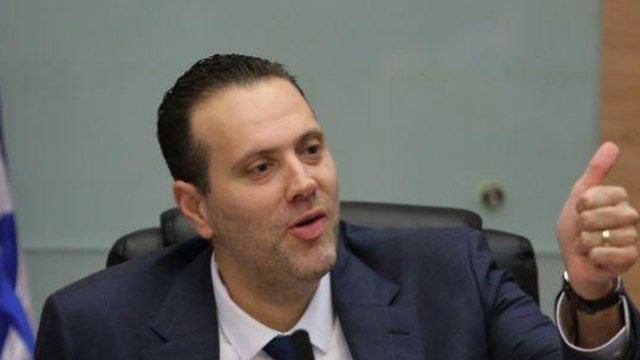 Miki Zohar says he decided to propose amendment, which would return lawmakers' automatic immunity from prosecution, as he believes PM is being unfairly targeted with corruption probes

Likud MK Miki Zohar on Tuesday presented a proposed amendment to the Immunity Law, which will allow elected officials to be investigated only after approval by both the Knesset House Committee and the entire Knesset plenum. Zohar is seen as an ally of Prime Minister Benjamin Netanyahu.

The amendment, which is apparently an effort to prevent corruption charges being brought against Netanyahu in three separate investigations, aims to overturn a 2005 amendment that abolished automatic immunity for lawmakers.

Under the 2005 law, elected officials must address the House Committee and then the plenum in order to receive such an exemption from the law.

"They decided to indict the prime minister for bribes without him receiving a shekel," Zohar said at a meeting of a special committee to deal with the law.

"When I saw this happening, I concluded that there is nothing more justified than the Immunity Law," he said.

"This Immunity Law, if and when we manage to pass in the next Knesset - and I will do everything in my power to pass it - will consider each case on its own merits, and every matter will be examined in depth by the Knesset House Committee."

Zohar also claimed that Attorney General Avichai Mandelblit has been pressured into bringing charges against Netanyahu.

"When I saw the pressure on the attorney general, I understood exactly what I was up against. Unfair and unreasonable pressure has been placed on him simply because of one thing – that, God forbid, he reveals the truth and decides that no indictment will be brought against a public official. "

Former defense minister Moshe Ya'alon, once a member of Netanyahu's cabinet and now a senior MK in the opposition Blue and White Party, vowed to fight the passage of the bill.

"Essentially, everyone is now a slave to saving Netanyahu's skin from the specter of justice." Ya'alon told Ynet.

"We will fight against personalized legislation, which first and foremost is designed to turn the Knesset into a haven for criminals, led by Netanyahu," he said. "We will fight with the public, we will get people out on the streets as soon as Saturday night at Tel Aviv Museum plaza. I urge people to come (for) he cannot ignore it."

Ya'alon also expressed concern that most people would not understand what lay behind the push to change the law, "because above all they are being lied to."

He said that on Monday, Blue and White lawmakers read aloud the 57-page list of suspicions against Netanyahu and even many MKs failed to understand what was being recited.

Mandelblit, who was once Netanyahu's cabinet secretary, has recommended bribery, fraud and breach of trust charges in Case 4000, in which Netanyahu is suspected of receiving favorable coverage on the Walla! News website in return for regulatory benefits to telecommunications giant Bezeq, which owns the site.