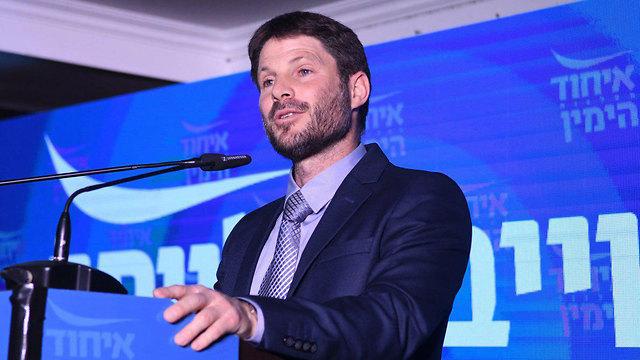 The Jews have never been ruled by Jewish law

Opinion: Other than creating headlines for far-right MK Bezalel Smotrich, talk of Halacha a system of laws is unrealistic and undesired for most Israelis, for a Jewish and democratic state must aspire to values of equality and civil rights

I will reveal a secret: most religious Israelis do not want the Halacha (Jewish religious law) as the law of the land.

This does not make them any less religious and or any less Jewish; they just know that is not a viable option.

There has never been a Halachic state, and there is no reason for one now. The Jewish people have never had a legal system in place to enforce adherence to religious diktats.

Even in biblical times, the judicial system was made up of the kings' laws or community laws working alongside religious decrees, 2,000 years of Diaspora that have passed since Jews were last self-governing notwithstanding.

With the return of the Jews to their historic homeland in 1948, the discussion about adapting Jewish law was at its infancy.

According to the Halacha, no religious law is valid without religious belief, so Smotrich's statements about the need to enforce biblical law in modern Israel are only meant to create headlines and generate noise. Perhaps it was also meant to spread fear.

In line with his demagoguery, Smotrich dangles "returning to the days of King David and King Solomon" in front of us, because ignoring reality is easy when you evoke biblical times, angels and demons, flaming swords and deus ex machina rabbinical rulings.

Halacha already controls much of our lives - our marriages, divorces and deaths. This cannot be claimed to be a good thing; on the contrary, it does not work well at all.

Our elected officials ignore these problems in our society, but we must deal with them at every stage of our lives. The conversation regarding religion and state is left to the most extreme fringes, where it is used as political payoff. If this is what Smotrich envisions, it does not bode well for our future.

The State of Israel, or what the religious right would call the "start of our redemption", is a rare opportunity  - one our forefathers could only dream of - to create a sovereign Jewish state.

With the opportunity comes a responsibility to maintain a society respectful of all its components under the twin banners of Judaism and democracy.

Extreme rhetoric eats away at the faith most of us share and causes us to doubt ourselves and our belief that coexistence is possible in a society where courts are not seen as enemies and the Halacha is not seen as a curse.

Ours should be a society with humanistic values and civil rights that promotes gender equality and an acceptance of others. All the elements of a Jewish democratic system of justice.