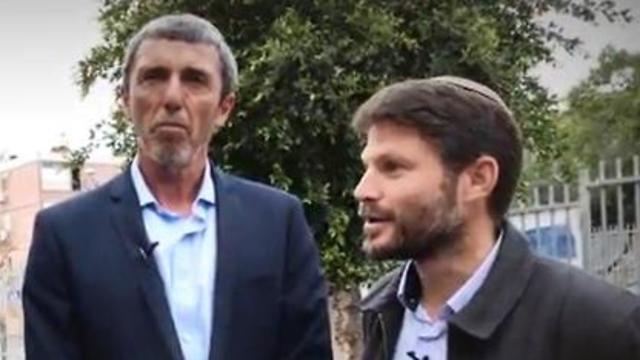 An overcrowded and fragmented political field threatens to weaken the right-wing bloc ahead of the September elections, while the Blue and White party is busy courting anti-Netanyahu votes from his ruling Likud party

Something is awry in the right wing of Israeli politics, what was once known as the national camp has seen better days.

The dissolution of the newly elected Knesset and the elections scheduled for the coming fall seem to bring out the worst in politicians in what has become a fragmented field.

The votes to the right of the ruling Likud Party are sought after by five different parties: Jewish Home, headed by Rabbi Rafi Peretz; Tkuma with Bezalel Smotrich as it leader; Otzma Yehudit, with Itamar Ben-Gvir at the helm; the New Right, led by Naftali Bennett and possibly Ayelet Shaked (who has yet to announce where she will run); and Zehut, headed by Moshe Feiglin.

No one can say definitively how many votes can be had, but the need for uniting these fragments - the Knesset threshold - is evident.

Another argument has been gaining traction on the right in the past few weeks, which is surrounding the legitimacy of public criticism of Prime Minister Benjamin Netanyahu.

Netanyahu's supporters, it appears, don't mind criticism if it comes from the left. In fact, they believe, and rightly so, that such criticism can only help the prime minister in cementing his position as leader of the right-wing bloc.

But criticism stemming from the right is much more disturbing, and anyone voicing it is immediately attacked primarily, but not exclusively, on social media.

No matter how loyal those critics have previously been to Mr. Netanyahu, even a single expression of criticism is unacceptable and only full-fledged support is deemed appropriate.

But now, not only are politicians on the far-right bickering among themselves, the ideological cracks between Likud and their partners to the right are growing. Furthermore, the chances of a cessation of hostilities leading up to the elections, for the good of the camp, are quickly diminishing.

Meanwhile on the left, or at least in the Blue and White party leading the center-left bloc, a strategy is being developed to move votes from Likud to their camp, having understood that the only way to win is to increase the size of the bloc.

Their efforts are concentrated on those described as "soft-right," as illustrated by some of their members' rush to embrace U.S. Ambassador David Friedman after his comments on annexation, made to the New York Times on Saturday.

The objective is to present the Blue and White party as more nationalistic, easing the passage for potential defectors who have had enough of Netanyahu's reign.

So, while the left is strategizing and positioning itself for the fight ahead, the right is wasting the last of its political energy on what may well become the road to ruin on Septmber 17.