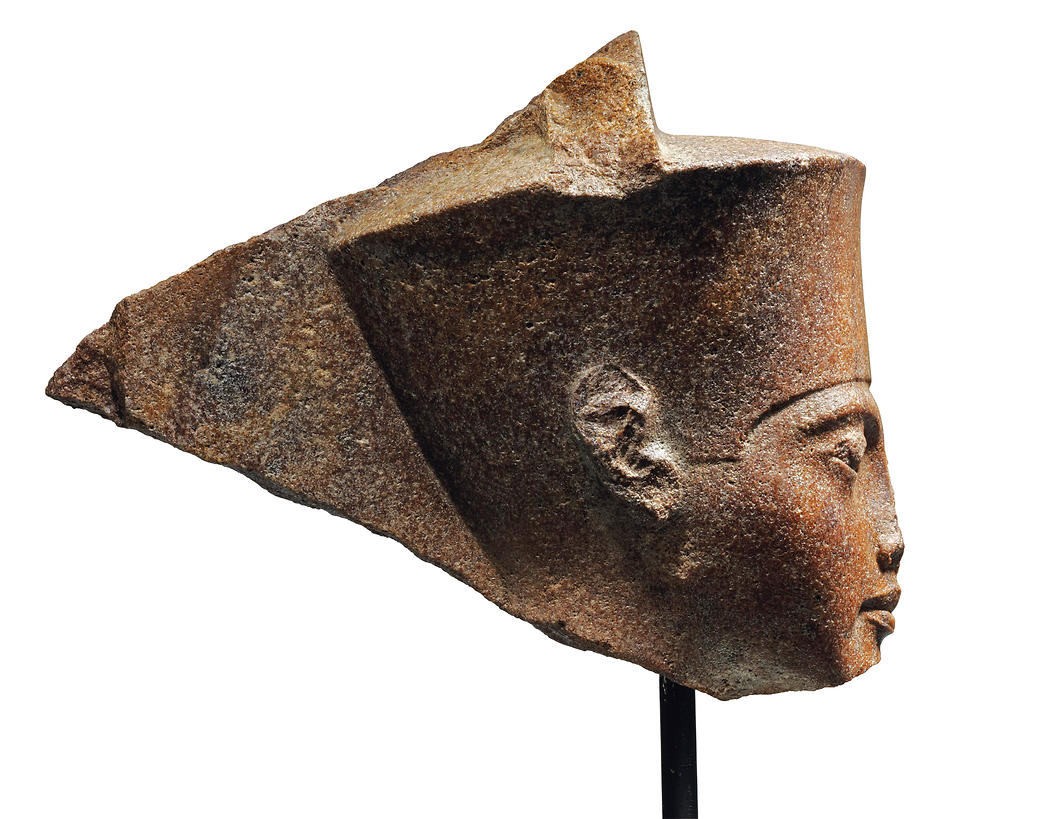 3,000-year-old stone sculpture of legendary pharaoh could sell for $5 million in London auction; Mideastern neighbor insists its history is state property and not for sale

Egypt is trying to halt an auction of a 3,000-year-old stone sculpture of the famed boy pharaoh Tutankhamun at Christie's in London. The Foreign Ministry issued a statement late on Monday saying Egypt demands the auction house provide documents proving the artifact's ownership. It says Egypt has also reached out to British authorities and the U.N. culture and education agency to stop the sale.

The Tutankhamun sculpture auctioned at Christie's (Photo: AFP)
Christie's didn't immediately respond to a request for comment. The statue -- a brown quartzite head depicting King Tut -- is scheduled to be auctioned off in July and could generate more than $5 million.

King Tut from the 18th dynasty ruled Egypt from 1332 to 1323 B.C. He inherited the throne at the age of nine or ten and passed away at about age 18 from unknown reasons, that have been the center of much anthropological and archeological debates.

Tutankhamun became the world's most famous pharaoh when his nearly intact tomb was discovered in 1922 by Howard Carter in Luxor and received worldwide press coverage.

The deaths of a several people who were involved in the discovery of King Tut's tomb drew worldwide curiosity, revived myths about the curse of the Pharaohs and made the young king, and Egyptian archeology, world famous.