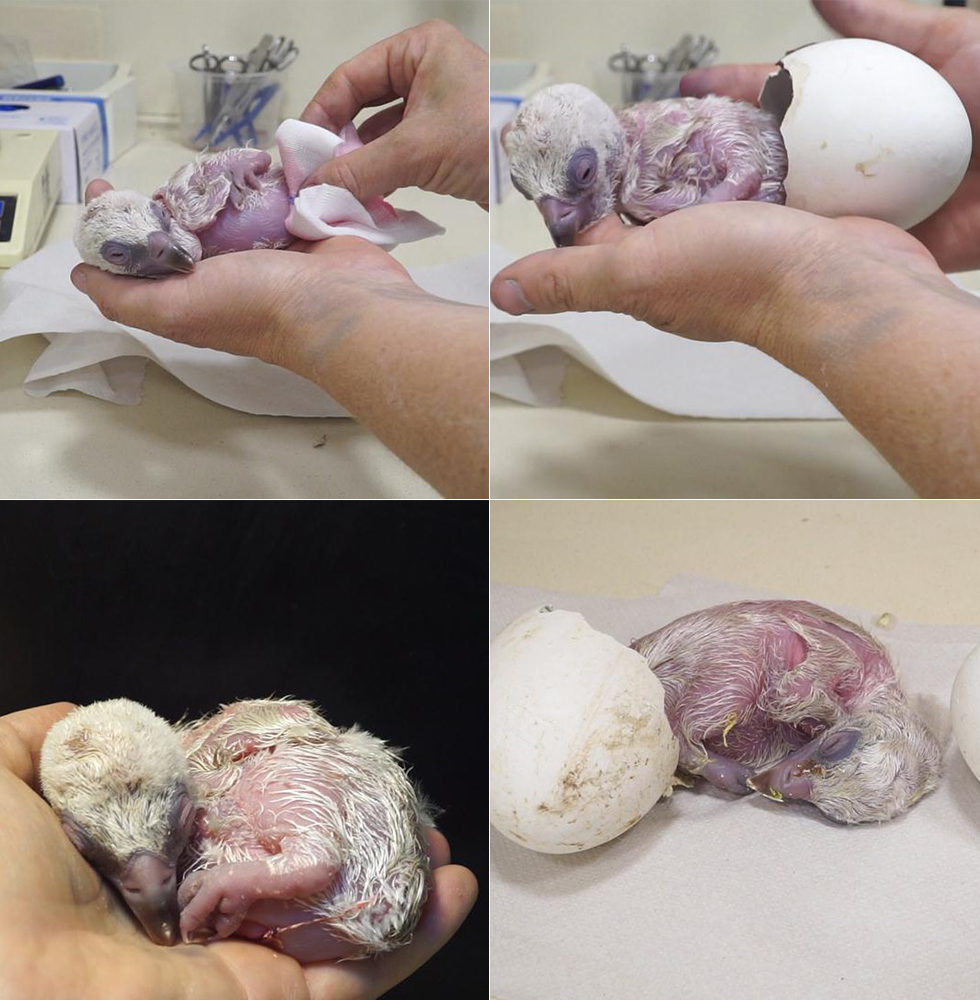 Israel's feathered treasure: A peek inside the rare vulture nursery

With only 150 of the birds left in Israel, the Hai-Bar Nature Reserve must do its best to help chicks survive so they can be released in the wild and keep the ancient majestic line going

The Hai-Bar Nature Reserve on Carmel Mountain is the last hope for Israel's rare vulture chicks, with a team that works around the clock to make sure the birds grow up healthy, so they can make it back to the wild. We visited them to learn about their unique routine of serving as "mother vulture" to a new generation of endangered birds.

At 6:45 am, we made our way to the reserve to witness its vultures have their early breakfast. Some of the morning crowd sport numbered tags, indicating they hatched right here in the park and successfully acclimated in the wild.

Care-takers feed vulture chicks (Photo: Erez Erlichman)
Whenever possible, the parents get their hatched chicks to raise until they can be released in the wild; but if that's not possible, Hai-Bar is responsible for parenting these young rare vultures and making sure they grow up to become independent adults.

(Photo: Erez Erlichman)
This morning, the park's team gets the food ready for vultures of all ages; small pieces of meat for the chicks and whole carcasses for the grown-ups who fly in for a visit.

(Photo: Erez Erlichman)
In a cool white building in the middle of the reserve, the team raises the young generation of vultures and Egyptian vultures. Strict silence is maintained, and one can't help but smile when seeing a bald chick being fed by a puppet with a stuffed head imitating its mother. Today on the menu: rat pieces, full of protein and calcium; just what the five vulture and two Egyptian Vulture chicks need.

(Photo: Erez Erlichman)
"First, we feed them four times a day manually, then two, and finally once a day. The type of food changes according to their needs," says Yigal Miller of Israel's Parks and Nature Authority, who's in charge of the project.

"They're like orphans, we also have to take care of the social aspect of their lives," he says, and points to a grown-up vulture who lives in a cage right next to the chicks, so they can get used to their kind.

"We try to raise a few chicks together, to create a kindergarten-like environment. The care-takers handle and touch them using the stuffed vulture, but of course we know nothing can match their real mother and father."

Adult vultures come in for a visit (Photo: Erez Erlichman)

When the chicks grow up, at 120-140 days old, they start eating on their own in a large open cage. Later on, they start getting full carcasses that simulate the kind they will be eating in the wild. Finally, they are moved to a special cage that mimics the wild for a year or two, and then are then set free, when the time is right.

"Vultures are social animals," says Miller. "They come and visit their friends that still live in reserve cages. They come back and spend time here, and even stay over for a slumber party on the roof sometimes."