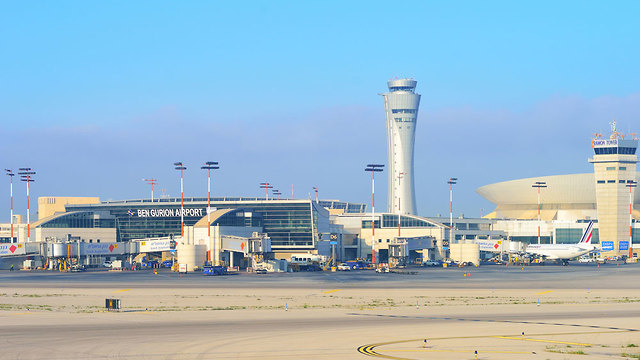 Network of alleged smugglers accused of bringing in as many as one thousand people from Georgia over an extended period, some of whom paid up to $10,000 to gain entry to Israel

Detectives from the Israel Police national crimes unit Lahav 433 on Monday morning arrested six people and detained eight others on suspicion of smuggling hundreds of foreign nationals into Israel.

The detainees are suspected of offenses under the Entry into Israel Law and of offenses related to bribery, fraud and breach of trust and conspiring to commit a crime.

During their investigation, officers were able to trace the members of the network allegedly involved in the smuggling. According to the suspicions, those involved – with varying roles - smuggled Georgian citizens into the country over an extended period of time.

The network allegedly operated from a secret location in Rishon Letzion, and is believed to have brought hundreds of foreign citizens into Israel since 2017, perhaps more than a thousand.

The suspected members of the network include contract workers hired by the Israel Airports Authority. Each member of the network allegedly had his or her own defined role.

The Georgians smuggled into Israel, some of them in order to work in the country, would allegedly pay a representative of the network abroad thousands of dollars, sometimes up to $10,000, to be smuggled in.

Lahav 433 headquarters in Lod (Photo: Avi Moalem)
The members of the network are believed to have operated in an organized and systematic manner over a period of time, managing to bypass the security mechanisms at Ben-Gurion International Airport and smuggling Georgian nationals into the country without going through passport control as required by law.

Monday's arrests were the culmination of months of investigation by the police in conjunction with the State Prosecutor's Office.

A statement from Israel Police said that they would act "by all means available in order to expose offenses that directly affect the safety of civilians, and to bring perpetrators to justice."

The Israel Airports Authority said: "As part of the activities of the crime prevention unit at Ben-Gurion Airport, foreign nationals were caught trying to circumvent border control.

"The matter was transferred to the security services and the Israel Police. Police activity was coordinated with all aspects of the Airports Authority, including security."