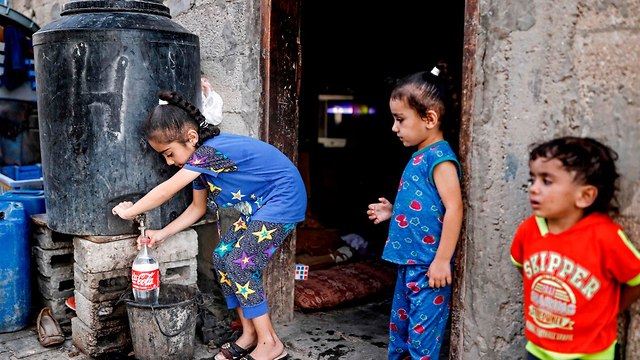 Arab finance ministers held an emergency meeting in Cairo on Sunday to discuss helping the Palestinian Authority cope with a deepening cash crunch amid a persistent dispute with Israel over payments to families of jailed and deceased militants.

The meeting comes ahead of a U.S.- led economic conference in Bahrain this week expected to call for a $50 billion global investment fund for the Palestinians, Egypt, Jordan and Lebanon which the Palestinian Authority is boycotting.

The Palestinian Authority sees the economic conference as an attempt to circumvent its demands for the creation of a Palestinian state in the occupied West Bank and the Gaza Strip with East Jerusalem as its capital.

The Palestinian Authority has been struggling to pay civil servants salaries since February, when Israel announced it was deducting five percent of the revenues it transfers monthly to the PA from tax collected on imports that reach the occupied West Bank and Hamas-run Gaza Strip via Israeli ports.

Israel has said the five percent it deducts from Palestinian revenues represents the amount the PA pays to families of Palestinians jailed in Israel or killed while carrying out terror attacks or during clashes or other security offenses.

Palestinian President Mahmoud Abbas has refused to accept any of the tax revenues, which totaled NIS 700 million ($193 million) in January and which account for about half of the PA’s budget, since the Israeli decision.

“This emergency meeting ... is being held in coordination with the Palestinian side to discuss providing the financial safety net to support the State of Palestine,” Egyptian state news agency MENA quoted Arab League Assistant Secretary-General Hussam Zaki as saying.

The Palestinian Authority said in March it was cutting civil servants’ salaries by half. Only its lowest-earning employees, or the 40 percent of its workforce who earn NIS 2,000 or less a month, would be paid full salary, it said.

Zaki said the meeting was a follow-up to an Arab foreign ministers meeting held at the Arab League in Cairo in April in which they agreed to activate a $100 million financial safety plan for the Palestinians.

Palestinian Finance Minister Shukri Bishara said in March that PA will have to take bank loans of between $50 million to $60 million for the coming five to six months to weather the crisis.

The U.S. has cut all aid to the Palestinians, including $360 million it used to give to the United Nations Relief and Works Agency for Palestinian refugees, putting further pressure on Palestinian finances.

The cuts were widely seen as a bid by Washington to press the Palestinians to re-enter peace talks with Israel that collapsed in 2014.