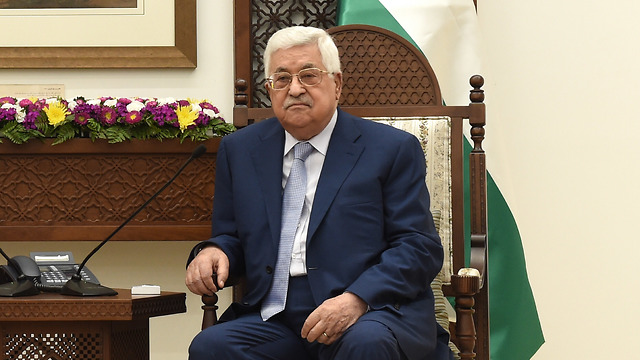 Since taking office on the U.S. president has been consistent in his views on the Israeli-Palestinian conflict, adopting Netanyahu's positions and thereby ending the American role of honest broker

A series of dramatic policy moves by U.S. President Donald Trump on sensitive issues in the Israeli-Palestinian conflict preceded a U.S.-sponsored workshop opening in Bahrain on Tuesday, aimed at showcasing the economic benefits a peace deal could bring.

Angered by what they condemn as Washington's pro-Israel tilt and focus on economics rather than their push for an independent state, Palestinian officials are boycotting the "Peace to Prosperity" business workshop.

Here are some of the steps Trump has taken that have upended longstanding U.S. policy and the international consensus on the Middle East:

February 2017: Trump declines to offer a clear vision of what his solution to the Israeli-Palestinian conflict would look like.

At a meeting with Prime Minister Benjamin Netanyahu at the White House on Feb. 15, Trump says: "I'm looking at two states and one state, and I like the one both parties like ... I can live with either one."

Since then he and his Mideast team have repeatedly refrained from endorsing the "two-state solution" - the longtime international formula which envisages an independent Palestinian state in the West Bank, East Jerusalem and the Gaza Strip co-existing with Israel.

Dec 6, 2017: Trump recognizes Jerusalem as Israel's capital, reversing decades of U.S. policy and practice. It enrages the Palestinians, who claim the east of the city - which was captured by Israel in the 1967 Middle East war - for the capital of their future state. It also upsets the Arab world and Western allies of the United States alike.

Trump also announces that the U.S. Embassy in Israel will move from Tel Aviv to Jerusalem, a city that is sacred to Judaism, Islam and Christianity and whose status is one of the most contentious issues in the Middle East conflict.Palestinians break off ties with the White House, saying the United States can no longer be regarded as an honest broker.

January 2018: The Trump administration begins a series of funding cuts by withholding $65 million in aid to UNRWA, the main U.N. agency that deals with Palestinian refugees. UNRWA provides services to around 5 million Palestinian refugees across Jordan, Lebanon, Syria, Gaza and the Israeli-occupied West Bank and East Jerusalem.

Seven months later, Washington cuts off all U.S. funding to UNRWA - more than $300 million annually - and further slashes hundreds of millions of dollars in aid sent to the Palestinians via other humanitarian and development agencies and hospitals.

The United States - which had been UNRWA's largest donor - has also proposed that the agency be effectively dismantled, and that neighboring Arab countries hosting Palestinian refugees take over the services it provides.

May 14, 2018: The U.S. Embassy to Israel opens in Jerusalem. Palestinian protesters rally at the Gaza-Israel border, hurling stones and firebombs, with some militants trying to breach the frontier, according to the Israeli military. Dozens are shot dead by Israeli troops on the other side of the border fence.

Sept 10, 2018: The Trump administration announces it will shut down the Palestine Liberation Organization office in Washington for seeking measures against Israel at the International Criminal Court.

March 4, 2019: The U.S. Consulate in Jerusalem, Washington's diplomatic channel to the Palestinians, is absorbed into the new U.S. Embassy to Israel in Jerusalem. Previously the consulate reported directly to Washington, but the new "Palestinian Affairs Unit" now reports within the embassy to U.S. Ambassador David Friedman, a Trump appointee.

March 25, 2019: Trump announces U.S. recognition of Israeli sovereignty over the occupied Golan Heights, territory that Israel captured from Syria in the 1967 war and later annexed in a move unrecognized abroad. Palestinians regard Trump's move as yet another pro-Israel step.

May 19, 2019: The White House announces it will hold the "Peace to Prosperity workshop" in Bahrain on June 25-26 to encourage investment in the Palestinian territories as the first part of Trump's "deal of the century". The Palestinians announce they will not attend.

Trump's Middle East team, led by his son-in-law and adviser Jared Kushner and regional envoy Jason Greenblatt, say the political elements of their peace plan will be unveiled later, possibly after a second snap Israeli election set for September.

June 8, 2019: Ambassador Friedman fuels speculation that the Trump administration will accept a move by Israel to annex some of its settlements in the West Bank when he says that, under certain circumstances, "Israel has the right to retain some, but unlikely all, of the West Bank". Days before an Israeli election in April, Netanyahu had pledged to annex settlements if he won.

June 22, 2019: Ahead of the Bahrain conference, Kushner reveals details of the economic portion of the peace plan. It includes a $50 billion global investment fund to lift the Palestinian and neighboring Arab state economies, and construction of a $5 billion transportation corridor to connect the West Bank and Gaza.