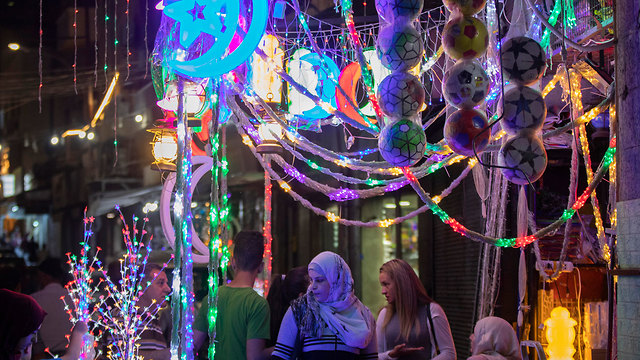 Survey: More than half of Arab world’s young adults want to leave

The results of a recent survey in the Arab world show that more than half of the region’s young adults are considering emigrating, and an increasing number of people are identifying as “non-religious.” The Big BBC News Arabic Survey, a joint assessment by BBC News Arabic and Arab Barometer, a Princeton University-based non-partisan research network, is the largest in-depth survey ever carried out in the region. Over 25,000 people in 10 countries and the Palestinian Territories participated in face-to-face interviews for the study between October 2018 and April 2019.

“The number itself is alarming and has several components,” said Dr. Mohammed Masbah, director of the Moroccan Institute for Policy Analysis in Rabat.

“Politically, there is a lack of confidence in the government as youth believe the government cannot solve their problems,” Masbah said. “Socioeconomically, youth unemployment is high; the belief is it will get worse.”

However, the desire to emigrate has not increased universally across the region. Since 2013, it has decreased in the Palestinian Territories, Algeria, Sudan, Yemen and, most substantially, in Lebanon.

Celebrations in Algeria following the resignation of President Abdelaziz Bouteflika (Photo: Reuters)
Abdul-Wahab Kayyali, a research associate at Arab Barometer, explained that in an email that the yearning to emigrate in Lebanon might have decreased for several reasons. Some estimates put the number of people in the Lebanese diaspora at 15 million to 20 million people compared to the 5 million Lebanese in Lebanon, he noted. “Many Lebanese are already immigrants, and many of those who want to immigrate have already done so,” he explained. In addition, he said, the Lebanese people might perceive an improvement in regional security. “The desire to emigrate may have subsided due to the triumph of the Assad regime in Syria and the cessation of hostilities in many parts of Syria, most notably along the Lebanese border,” he said. Economic factors were cited in the survey as the predominant reason for emigration. Conflict and instability that have recently plagued Yemen, Sudan, Algeria, Libya and the Palestinian Territories have increased the rate of economic deterioration. Following political unrest in Algeria and the eventual resignation of President Abdelaziz Bouteflika, several top officials and affluent businesspeople have been put on trial on corruption charges, and the country’s citizens continue to take to the streets demanding further transformation in the country’s leadership.

Protests in Sudan against military rule (Photo: Reuters)
In Sudan, an economic crisis was sparked by an increase in the price of bread, and people mounted intense pressure on the government, leading to the eventual overthrow of President Omar Al-Bashir. Protesters continue to insist on civilian rule for the country and are in a face-off with the Transitional Military Council (TMC), which recently raided a sit-in site, killing dozens. The ongoing four-year civil war in Yemen, seen mainly as a proxy conflict between Saudi Arabia and Iran, has killed thousands and left millions on the brink of starvation, with an estimated 50,000 people dying from war-related famine. Libya has become a battleground between forces loyal to renegade general Khalifa Haftar and those aligned with the internationally recognized government of Prime Minister Fayez al-Sarraj. In addition to a growing desire to emigrate due to economic conditions, an increasing number of people are turning their backs on religion. The proportion of adults who describe themselves as “not religious” rose from 8% in 2012 to 13% in 2019, according to the survey. The survey also found that there has been a general decline in trust in religious leaders, with the steepest drop in Morocco. According to the Moroccan Institute’s Masbah, education has played a crucial role.

Army march in Morocco (Photo: AP)
“Youth are divergent with religious authority because more people are educated. I wouldn’t say they have become non-religious, but (they) have become more critical of traditional religious authority,” he said. The mass survey also found that in almost all of the places surveyed, a majority of people believe that a woman can serve as head of government in a Muslim country.

Additionally, at least 60% of respondents in eight of the 11 locales surveyed said violence against the United States was a logical consequence of interference in the region.