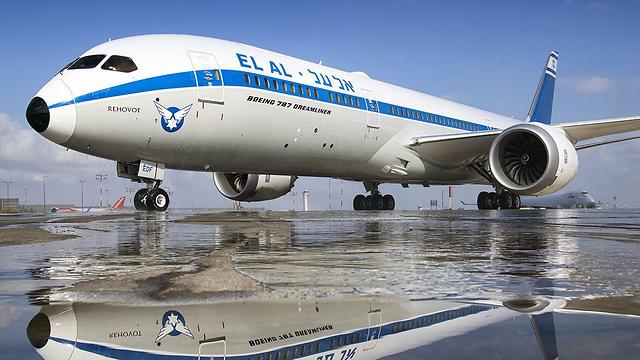 Letter from chair of union calls workers and their families to join party 'to empower working force'; 'It's unreal we need to explain why this is a problem,' says one flight attendant

A letter from El Al's Chair of the Workers Union, Sharon Ben-Yitzhak, suggested that employees and their families join the Likud Party and stirred a commotion among company workers this week.

"Even if it meant my last day in this company, I wouldn't vote or join the Likud," said an employee on the Israeli airline company's closed Facebook group.

Workers complained that they were told the move "has nothing to do with a political outlook" but is rather a way to push for the company's interests; many announced that they would reject the suggestion since it clashes with their views.

"I don’t know if I should lough or cry," wrote an El Al employee in a private Facebook group. "It's a disgrace that the union even discuses such things and decides that the Likud is the best solution (for the company)."

"I'd love an explanation about what moves exactly they expect this would push for, so I can have some more loughs," he added.

A flight attendant added: "It's unreal that we've got to a point when we need to explain why this is a problem… This is meant to direct us to who we should vote for, it's a clear saying that jointing the Likud is good for us, and that doing otherwise will hurt the company."

Another employee wrote: What's the matter with the union? From what I recall, the Likud headed by Netanyahu is the one who pushed El Al to privatization."

Another employee attached a screenshot of posts of costumers who protested the proposal online after it was revealed; "you irresponsible union! Is that what you wanted?" she wrote.

"There's a saying: 'Don't be right, be smart.' This is the first time I've seen a move that is neither," said a company worker. "The damage to our image, that isn't great as is, is far greater than any advantage."

"Do you really imagine that anyone from the Likud will do anything for the aviation industry in this country?" added the man.

Few employees expressed support for the company's union joining the Likud. "Joining a dominant party empowers workers and then politicians have an interest in you and your union as a result," they said.

Members of the union of El Al employees refused to address the issue.