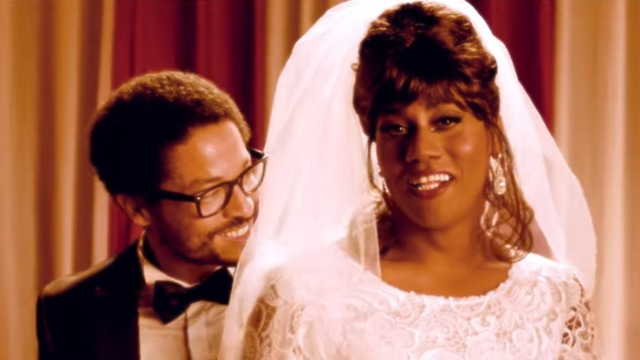 Lila Blilat stars in a new campaign by the fizzy drink company, but her journey began in a conservative community, where having to hide her identity made her determined to be an asset and activist in a hostile envinroment

A transgender Bedouin Israeli is the star of the new SodaStream commercial that premiered in June in 46 countries as part of Pride Month.

Lila Blilat, 26, from the Bedouin city of Rahat in the Negev desert was cast in the role of bride in the company's campaign.

"Imagine a world where we never have to hide," is a campaign showing times in history that could have produced different iconic memories - such as two male miners from 1912 sharing a kiss or two people of color getting married, with Lila playing the bride.

"Sodastream found me on the Gay Pride campaign," Lila tells Ynet. "We share the same message which is that you can be who you are".

But just five years ago, she was still Mahdi, a young man hiding his gender identity from a conservative environment.

Lila was raised in a closed Muslim community of nomadic Bedouins and had moved with her mother and siblings to the town of Rahat.

"It’s a hard place" she says. "It’s a closed Bedouin community that just doesn't understand. I had to hide my femininity. It was like that though high school."

"The gender question was always out there but I had to hide who I was because of the society around me" Lila says.

"If I showed any femininity, I would get beaten up so I decided to volunteer and become socially active. I was so active that I made it to the head of the national student council I carried the entire city after me, every time I would get cursed, I would volunteer some more."

It was after completing high school that Lila dared show who she truly was.

She hopes now people who see the SodaStream campaign will understand and realize she is not a monster or any of the bad things people say about you.

"Be yourself, be human, do good. It can only help you."