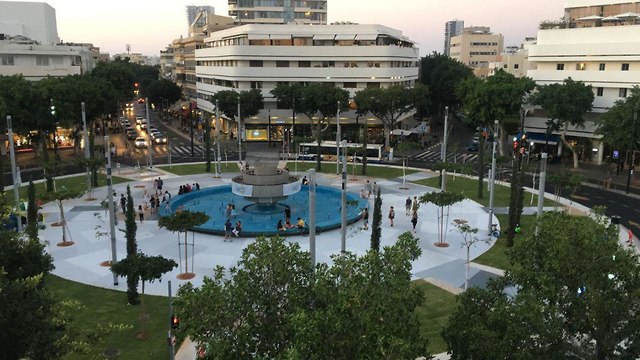 Bauhaus marks 100 years and lives on in Tel Aviv

Bauhaus was brought to Tel Aviv by students of the movement but adaptations were made to accommodate for the Middle Easter climate by using less glass to minimize heat and incorporating balconies to catch the sea breezes.

Marking 100 years to the modernist Bauhaus movement and while many in the Israeli city of Tel Aviv start the weekend at a sidewalk cafe, there is a small group of visitors walking the streets in search of Bauhaus buildings.

Practitioners of the minimalist architectural movement, founded in Germany a century ago, were among European Jews who fled to British-ruled Palestine when the Nazis took power.

Today Tel Aviv is a leading repository of the modernist style that celebrates its 100th year in 2019.

Bauhaus and its variations are prominent among the 4,000 buildings which make up what is known as Tel Aviv's White City, a UNESCO World Heritage site.

The name comes from the white-painted facades, which together with rounded balconies epitomize the Bauhaus style.

The Bauhaus design school was founded in Weimar, Germany, by Walter Gropius in April 1919, exactly a decade after Tel Aviv was born as a small seaside village on sand dunes near the ancient Mediterranean port of Jaffa.

Driven out by the Nazis in 1933, Bauhaus is part of the modernist movement that had emerged in the 1920s.

In a break with the past it favored a functional aesthetic and the use of glass, steel or concrete.

On the streets of Tel Aviv, a group of about 30 from Germany, Austria, Switzerland and Sweden were on a walking tour organized by the Bauhaus Centre, which is headed by co-founder Micha Gross.

The Swiss psychologist and architecture enthusiast told AFP that no other city in the world has a larger collection of Bauhaus buildings than Tel Aviv.

UNESCO says that the master development plan was the work of Britain's Sir Patrick Geddes, a leading modernist.

"Tel Aviv is his only large-scale urban realization," its World Heritage website says.

With its sleek, rounded buildings, the site embodies the way Bauhaus shaped the city with its ethos of seeking to create homes for all social classes.

Unlike their predecessors who built for the German climate, the architects who settled in Tel Aviv had to adapt their work to the local climate.

They used less glass to minimize heat and incorporated balconies to catch the sea breezes.

Another stop was at nearby Dizengoff Square, a city landmark dominated by prominent Bauhaus buildings, including the immaculate white Hotel Cinema.

Gross says that while the number of visitors to the Bauhaus Centre has tripled in recent years, the White City is more of an impulse destination than Jerusalem and its holy sites, which every year attract millions of visitors.

Katell Piboules and Yann Becouary are two French visitors to the center in their 40s.

"There are a lot of things to see here," says Piboules, adding that she and her companion are not great beachgoers.

They say that while some buildings are well-restored and worth seeing, others leave much to be desired.

"Maintaining and restoring these buildings is complex," says Gross, who explains that it takes between eight to 10 years to renovate a building.

Most of these 1930s buildings are in private hands and restoring them depends on the goodwill of their owners, who get no public funding for the projects.

Architect Sharon Golan Yaron is content manager of the White City Centre, set up in 2015 by the Tel Aviv city council and the German government to "preserve the heritage of the White City".

She says that while the Bauhaus influence is notable, other architectural styles have shaped Tel Aviv.

Iconic Swiss-born modernist Le Corbusier in particular left his mark, she says, adding that rather than using Bauhaus as a blanket term it would be more accurate to describe Tel Aviv's architectural heritage as "international".

The international style emphasizes space as opposed to mass.

It spread throughout the world until the 1980s, driven by the followers of Le Corbusier, Gropius and Oscar Niemeyer.

Unlike some other heritage buildings, says Golan Yaron, those of the White City are still lived in.

She adds that their architects worked by the socialist-Zionist ideals of their time which saw the building of the new city as part of the creation of a new society, culminating in 1948 with the establishment of the state of Israel.

"It is the physical expression of Zionism," she says.