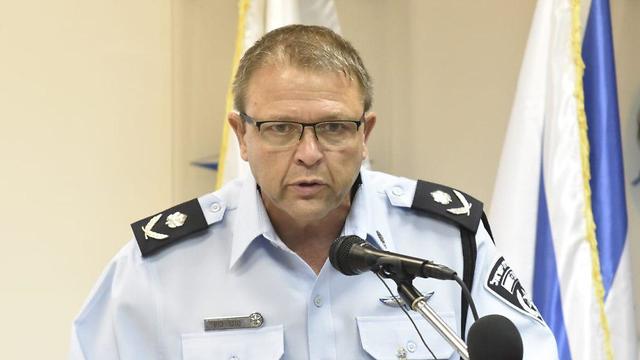 Israel is (still) closed for renovations

Opinion: In the shadow of the repeat elections, there is a sense that an entire country is stuck, and we are floating in a parallel universe embodied by the oft-uttered refrain: 'We can't, this is a transitional government'

Let's take a stroll back in time to the good old days of December 2018.

It was during those wintery days of Hanukkah as we ate our latkes and donuts that it dawned on the incoming Israel Police commissioner, Moshe Edri - Chico to his friends - that he would have to give up on his dream and all because of an encounter with the woman who was supposed to carry out the polygraph test before he took up his post.

Acting Israel Police Commissioner Motti Cohen (Photo: Sharon Tsur)
Oh, the nostalgia! For a moment, this was a major storm. But, as they say, time passes, and a lot of things have happened since then. Remember, this was just eight months ago. For eight months, there has been no police commissioner: Moti Cohen, a longtime, multi-talented veteran of the force, was appointed as interim police chief - but then we entered the election period, and then the attempts to build a coalition failed.

Then the Knesset carried out its brilliant act of political suicide. Then we entered a waiting period for more elections. Motti and the police remain in limbo.

Like us all - and like many other critical bodies - they exist in a vague parallel universe whose ethos is: "We can't do it, this is a transitional government."

But so much is happening here, in everything is related to the boys in blue: the rape of the 7-year-old girl and the bungled investigation that ended in the dropping of charges and zero answers to the question of who destroyed her life; and the killing of Solomon Tekah by an off-duty cop and the handling of the demonstrations that erupted in its wake.

Police outside the Supreme Court in Jerusalem arrest a man protesting against the release of the police officer who killed Solomon Tekah (Photo: Ohad Zwigenberg)

Acting Commissioner Cohen is, presumably, doing everything to lead the police as if it had a permanent chief, and as if all the things stuck due to the political situation were not bogged down in the mire. But they are.

Without insulting Acting Commissioner Cohen, the policeman who represents the law in the eyes of the citizenry himself has no boss - and this is the reality, right now.

Fire at the Rosh HaAyin home of a kindergarten worker who was caught on camera abusing children in her care (Photo: Israel Fire and Rescue Authority)

This may or may not have led people to take the law into their own hands in the Mauda arson affair or increased the intensity of the protests over Solomon Tekah's death.

But this sense of impermanence - that the pillars upon which a rational and normal state rests are in Israel surrounded by scaffolding and half-shut for renovation - it permeates, impacts and even hurts us as a nation.