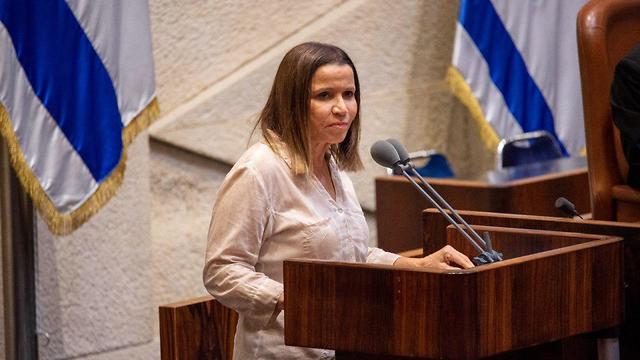 Less women in Knesset is bad for Israel

Opinion: Shelly Yachimovich is the latest in a long list of female lawmakers who are either retiring or failed to win reelection for the next parliament; this is a sad time for representation, equality and Israeli politics as a whole

And now Shelly Yachimovich, one of the most prominent Knesset members of recent years is joining this disheartening list.

After much deliberation, and despite her senior position in the Labor Party, Yachimovich has chosen to leave political life and look for other public arenas through which to contribute.

Politics is a very demanding arena, with constant public criticism and little room for error. It is a world in which men, in many ways, are accustomed to operating.

But for women, it can be a trap. For when they adopt the broken rules of the game, they are inevitably judged more severely and branded as bitches, witches, domineering women who do not know their place. But they do try to stay on the straight and narrow, they fall prey to those who bend the rules to get what they want.

They would be caught as bitchy, witches, bossy. If they try to act in other ways - it is not certain that they will remain on track.

Similarly, experience is seen as an asset for men and a liability for women.

A man who has been in politics for years is seen as experienced, too valuable to be replaced, while a woman with equal tenure is considered tired and worn, and better replaced with a younger model.

Many of our male politicians have been in the game from a very young age, and no small proportion of them have tried again and again through a variety of parties and platforms. The most senior ones are close to 80, but their careers have no expiration date.

Although public awareness of gender equality has improved substantially, an absolute majority of parties is still composed of men only. Today.

Representation and equality are not only worthy values on paper, they have a profound meaning in shaping reality.

The really important work does not happen during weekend panels or interviews for the evening news, but in the Sisyphean work of Knesset committees with the aim of legislating or amending existing legislation and building important alliances.

In recent parliaments, we have seen exciting collaborations by women from all parties on social issues that supersede sectoral differences. Left-winger Zehava Gal-On, right-winger Shuli Mualem and centrist Aliza Lavi worked together on legislation that would prosecute the users of sex workers.

It was an historic law that demanded extremely hard work both to mobilize public opinion and to build a legislative model that was smart and sensitive enough not to target the sex workers themselves.

In the coming Knesset, not only will we see fewer women, but there will also be fewer experienced women with the record and status to serve as role models for young female parliamentarians.

Yachimovich's retirement is a sad day for Israeli politics, not only because of her achievements, but also because of the esteem in which she is held by political rivals.

It is a sad day because it seems that in the next term, Knesset members will have to work much harder to foster an environment of solidarity, promote feminist legislation and be relevant representation for 51 percent of the population.