Children during the Holocaust
Photo: AP 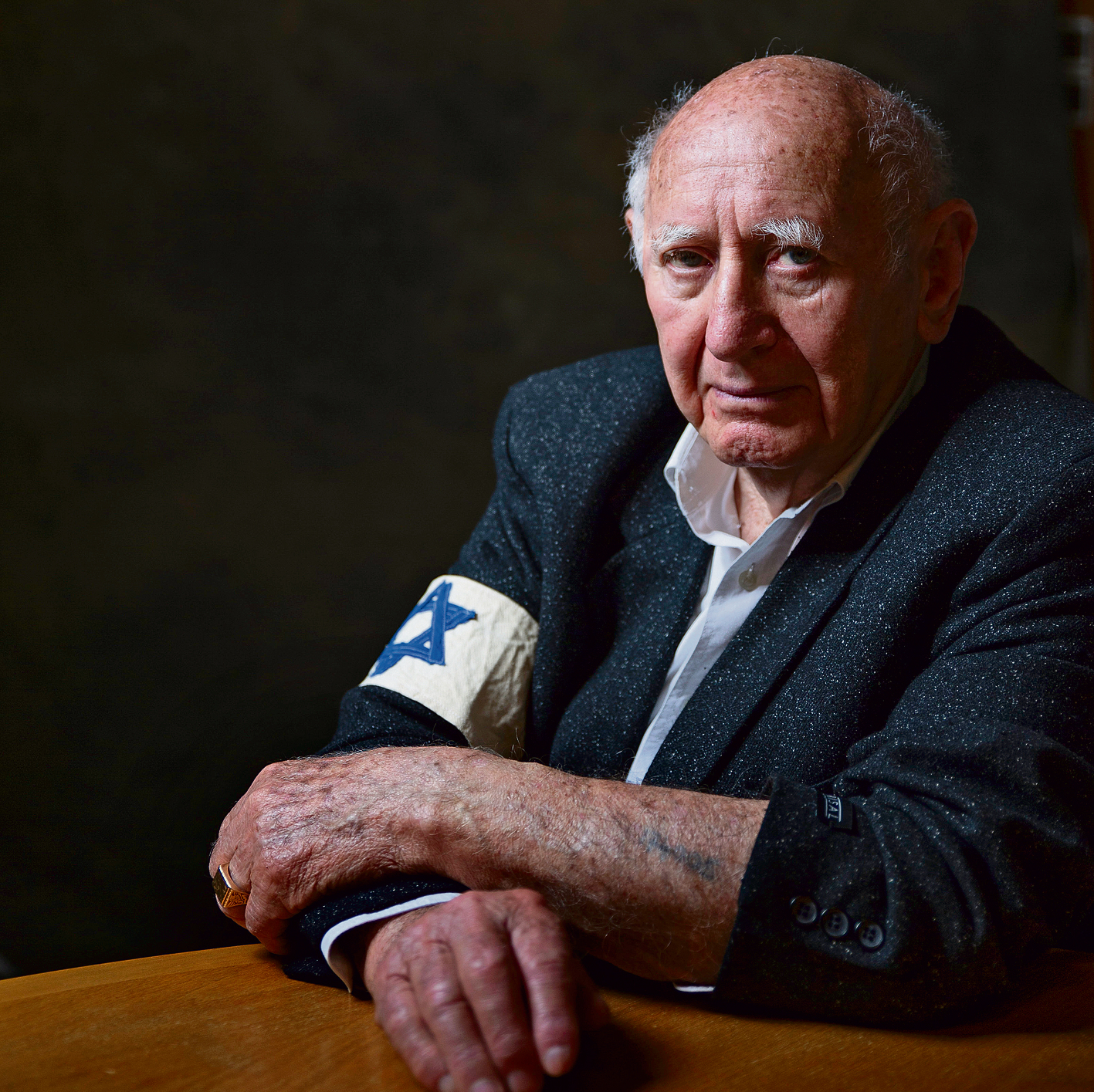 Auschwitz prisoner no. 174005 who never stopped smiling, gone at 91

Opinion: Naftali was beaten once, with a whip by the commandant of his barracks after which he smiled and that kept him from being beaten ever again by that German who saw no satisfaction in beating someone who smiles back at him.

Naftali Arian survived the Auschwitz concentration camp and on Wednesday the man who lost everyone but remained an optimist, passed away at the age of 91.

I met Naftali when I was writing an article for last Holocaust Memorial Day, about survivors still living among us.

As the daughter of prisoner number B7021 at Birkenau, this was a tumultuous journey for me coupled with a feeling of a missed opportunity, since there are so few of these survivors left.

Naftali was an optimist and full of a love of life with a constant smile on his face.

He told me about a trip he once took with a group of IDF officers to the death camps in Poland. "Naftali", they asked, "how come you are always smiling considering everything you went through in the Holocaust?" He told them about the time he had not tidied his bench well enough and the commandant of the barrack beat him with a whip. "When he finished, I got up and smiled" Naftali told the group, but a few days later when he was to be punished again, the same German said, "get out of here, you smile when I beat you". "I was not beaten after that" Naftali smiled.

He was 11 years old when the war broke out. A student of the fifth grade in his home town of Krakow in Poland.

The family went to the village of Skala not far from town, then to the Plaszow German labor camp in the area and in 1944 arrived at Auschwitz where he was given his number prisoner 174005. "They called me 005 for short" he said.

He was in 4 camps for three years.

Once he was asked if he fasts on Yom Kippur to which he replied that he had already done all the fasting he needed to.

From the satellite camp of Gliwice near Auschwitz he began the death march in  January of 1945. He walked for 16 hours a day on frozen ground in the snow and the cold.

He passed through the Gross-Rosen concentration camp in what was then Germany but today is part of Poland, and was liberated at Buchenwald that April.

"There were many difficult moments" he said of the war as he told me about the time he stole potatoes, how he was beaten till he bled, how his body was full of boils with pus. "I never said a word" he remembered "only getting up I would separate my pants from the wounds".

Naftali also told me about the last time he saw his grandmother. It was when they were still in Skala, Poland. The Germans made us run and jump on to a buggy. Those who could not jump were shot on the spot. My grandmother could not jump and a Polish man, assisting the Germans went up to her and shot her twice in the neck. She still walked back towards us and the man came up to her and shot her again. I can still see her fall, like it was yesterday."

After the war, Naftali came to Israel, married Sima and raised a beautiful family with three children, seven grandchildren and four great grandchildren.

He lived his entire life in a beautiful home he had built himself.

Some 20 years ago, he fell ill and underwent two major heart operations but still he continued to travel to Poland to bare witness to the atrocities of the Holocaust.

"So that people remember and never forget" he said. "be good people" he would ask of his listeners.

Israeli youth at Auschwitz during the march of the living (photo: EPA)

Four years ago, Sima, his beloved wife passed away. "I finally have a grave of a loved one that I can visit" Naftali said. "This is the first one I have."

Naftali's health began failing a few months ago and for the last two weeks of his life he had was sedated until he died on Wednesday.