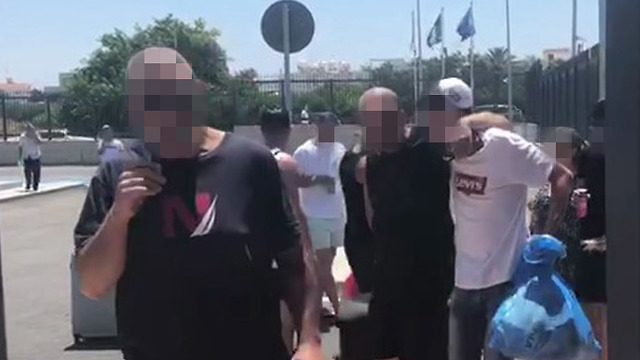 The attorney for one of the suspects vows to settle accounts with the 19-year-old UK holidaymaker who accused the 12 youths of gang rape at a hotel in Ayia Napa earlier this month; five other Israeli suspects were already released on Friday

The seven Israeli youths still in custody over an alleged gang rape in Cyprus were released on Sunday, while the 19-year-old British holidaymaker who made the accusations have been arrested by the police on the island for filing a false complaint.

A total of 12 Israeli teens aged between 16 and 18 years had initially been detained on a court order last week after the 19-year-old holidaymaker said she had been raped in a hotel room in the resort of Ayia Napa. Cypriot authorities released five of the Israeli teens late on Thursday.

Cyprus police claim that the accuser got angry when her alleged attackers filmed her having sex with some of the Israeli teens and so claimed she had been raped. The Briton is being held on suspicion of public mischief.

The lawyer for some of the seven teens said that his clients will "come after" the British tourist who made the accusation.

One of the teens with his family after release from jail

"For every day that the boys are in detention - we will come after the complainant with a large account," said Nir Yaslovitch. "As I’ve argued throughout the proceedings, there was no rape. The young people who went on a vacation that had turned into a nightmare are going home.”

"Apparently she has changed her mind and her version of events, and this is what led the investigator to believe the story was false,” said Yaniv Habari, one of the lawyers representing the Israelis.

The room where the alleged rape took place

On Saturday, police on the island said they were trying to locate three additional suspects whose DNA was found on a victim of an alleged sexual assault in the resort town.

Police have also taken into account a possibility that the woman engaged in sexual intercourse with the three men some hours prior to the alleged rape.