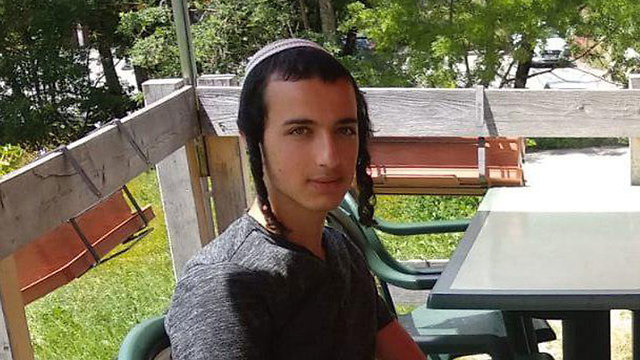 Terror group says killing was response to talk of annexation, calls attack an Israeli security failure and vows young Palestinians 'will not end their struggle until the occupation is lifted and the settlers are expelled'

The Hamas terrorist organization on Thursday welcomed the West Bank stabbing attack that killed Corporal Dvir Sorek, whose body was found in the early morning hours after he went missing.

"The Etzion attack is the most powerful response to talk of an (Israeli) attempt to annex the occupied West Bank," the group said in a statement.

"It is the decision of our people to expel the occupier from the West Bank. It proves that our intifada in the West Bank still continues and that the young people will not end their struggle until the occupation is lifted and the settlers are expelled," it said.

The group added: "The attack proves that Israel failed to prevent the resistance, and thus the policy of security coordination between Israel and the Palestinian Authority failed."

Security forces launched a large-scale manhunt for Sorek's killer after his body was discovered close to the yeshiva at which he was studying.

The army was working on the growing assumption that the soldier, who was not in uniform and was unarmed, had first been abducted and that he had not been murdered at the site where his body was found.

Troops conducting searches of the area on Thursday morning entered the West Bank town of Beit Fajjar, close to where Dvir's body was found.

The IDF continued Thursday afternoon its massive manhunt in the West Bank for the perpetrators of the attack.

The army has bolstered its troop presence in the West Bank in the wake of Dvir's murder.

Prime Minister Benjamin Netanyahu, who also serves as defense minister, on Thursday afternoon arrived at the Defense Ministry's Kiriya headquarters in Tel Aviv, where he was receiving continuous updates of the search for Dvir's killers.

Netanyahu vowed earlier Thursday that the IDF would find those responsible for the murder.