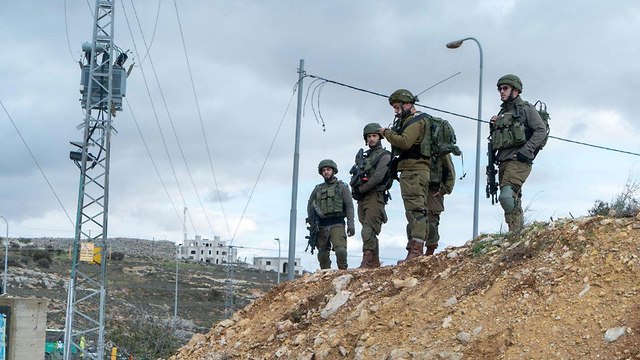 One issue is leading Israel into oblivion, and everyone is ignoring it

Opinion: With politicians busy exchanging accusations and political blows this election cycle, they are all pretending not to see the elephant in the territories and instead are again allowing the prime minster to let his personal considerations dictate what will be the main focus of the September vote

The issue that will decide and perhaps had already decided the fate of the State of Israel is not discussed during these elections at all. This is a multi-metastatic issue that can be summed up in two words: the occupation.

For the third election campaign in a row, everyone is taking part in this barren and insignificant, personal quarrel – to Bibi or not Bibi.

Once again, we find ourselves being dragged along after a prime minster whose personal considerations dictate what will be the main focus and timing of these elections.

This round, just like the previous one in April, was not meant to result in the formation of a strong government, but one that will ensure Netanyahu's political survival.

If the latter happens, Netanyahu and his pawns would castrate the justice system and law enforcement agencies right before our very eyes, just like they did to the state comptroller and the Civil Service Commission.

The center-left will then mock the political left, accusing them of turning a blind eye as "The scaffolding of democracy is being drowned at sea while you shout "occupation!""

Even if there is a smidgen of truth to this mockery, it does not mean that the political left should fly a white flag.

In the 1999 elections, back when we voted with two ballots  - one for prime minster and the other for party - there were Likud voters who overtly declared, that they would only cast one vote for both.

There were some senior Likud officials, even those who appeared on the list running for Knesset, who did so without publicly declaring it.

Nowadays, since the voting is done with only one ballot, they no longer have this kind of luxury.

Blue and White is not a left-wing party. Its only aspiration, the sole purpose of its existence, is to converge with a Netanyahu-free Likud and form a national unity government. This is not an ideological alternative, but a family reunion.

The Labor-Gesher party, with its faux social concerns, arrogantly flaunted the potential to steal voters from the right but very quickly realized that if the right won't go to them (and it won't) then they must go to the right.

Labor-Gesher's social approach offsets its focus on the "settlement state" in the West Bank and it shuts its eyes on the wasteful precedence which is given to two leading sectors – the settlers and the religious-Zionists.

Meretz has long put an emphasis on important issues such as ecological sustainability, environmental justice, animal rights, civil marriage and legalization of cannabis and less on the political issue and its existential affinities.

The occupation is a tunnel deeper and more dangerous than any of Hamas's terror tunnels being dug under Israel's cities. This tunnel is being dug right under the foundations of the state.

It undermines the people who gathered here to establish a state not controlled against its will by anyone and not in control of anyone else against their will.

The left gave up. It gave up on the peace process or any other solution for the Israeli-Palestinian conflict. It doesn’t even give the slightest mention to the need to put an end to Israeli control over the Palestinians.

Despite the fact that it is backed by Commanders for Israel's Security, a movement of former senior defense officials pushing to resolve the Israeli–Palestinian conflict, and even briefly backed Netanyahu after his famous 2009 speech calling for the establishment of a demilitarized Palestinian state, the left has come to terms with the labels of being Israel-haters and collaborators with the enemy.

The winners of Israeli elections are always those who are the best at offering the people a sense of security. A sense of security, but not security itself; merely idle chatter as opposed to action.

When soldiers die in the West Bank, the discourse immediately uses this tragedy to praise the right and bash the left, which believes that soldiers are supposed to face the enemy at the border and not while waiting for a bus or hitchhiking.

Late prime minister Yitzhak Rabin used to say: "We will not be able to assign battalions to accompany the children of settlers to their eurhythmics classes for too many years."

Former IDF chief of staff Gadi Eizenkot once said that 55% of IDF operations take place in the West Bank and 75% of those are around isolated settlements and unauthorized outposts. These comments went under the radar and did not receive the attention they deserve.

There is an old Israeli folk song about a military squad leading its people to freedom, not choking the freedom of another people.

An army should guard its borders because, as the song says, the border is in every soldier's heart.