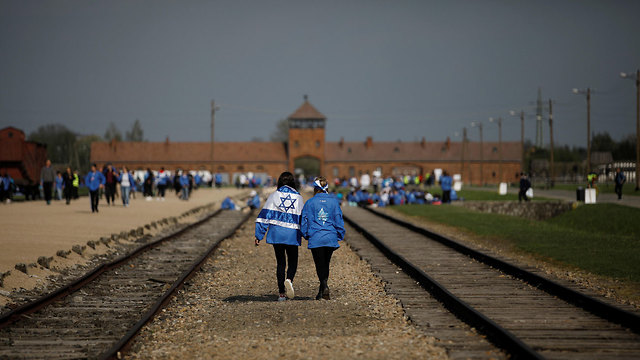 Four years after the subject of the Jewish genocide was removed from the curriculum in Israeli schools, the issue of the Holocaust is reintroduced along with chapters in history which have never been studied to give students a 'sense of belonging'

The fate of Jews living in North Africa under Nazi occupation will be a mandatory chapter in the history matriculation exam in Israeli schools starting in the next school year. In addition, the subject of European Jewry during the Holocaust will also be reinstated.

Piron’s proposal included teachers being allowed to assign the subject of the Holocaust as a research project but not teaching it as part of a mandatory program.

The move drew harsh public criticism from academics and history teachers who have claimed that excluding the Holocaust - perhaps the most important subject in the nation's history - from the curriculum sends a negative message about the genocide.

After many protests on the issue, Bennett has decided to reintroduce the Holocaust as the mandatory subject shorty before he was fired from his position by Prime Minister Benjamin Netanyahu.

In addition to the reintroduction of the previously studied chapters, the students will now also be able to learn more about the Holocaust of North African Jewry as part of the mandatory program.

For instance, the circumstances of North African occupation by the Nazis and its purpose as well as the German policy towards Tunisia and Libyan Jews.

Education Minister Rabbi Rafi Peretz said the decision to incorporate the study of Mizrahi Jews during the Holocaust into the mandatory curriculum is a moral one, meant to create a common denominator among the students.

"For years, the story of Jews living in Muslim countries under the Nazi occupation has been absent from our discourse," Peretz said. “The painful stories of thousands of Jews who were sent to concentration camps and forced to participate in the death marches.

“It is also our conscientious duty to make every student feel that they are a significant part of the story being taught within the framework of the education system, which reflects all parts of Israeli society."

Shmuel Abuav, the director general of Israel's Ministry of Education, reiterated Peretz’s statements, saying the new curriculum is intended to create a sense of belonging among students. “The introduction of the Holocaust of Mizrahi Jews into the mandatory history curriculum is an obvious and ethical decision in order to show the full picture of World War II.”