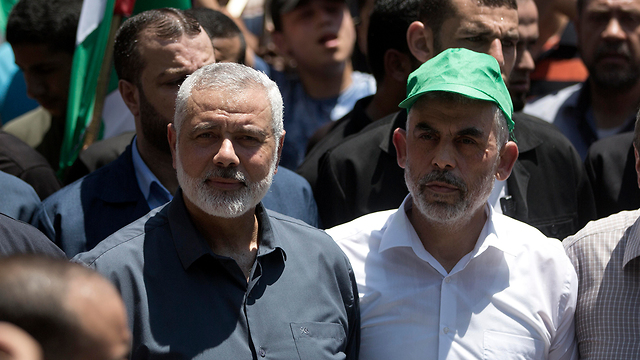 Opinion: Setting up an interim Palestinian state in the Gaza Strip, with expanded territory into Egypt and a fully functioning seaport, would ease the pressure on both Cairo and Jerusalem; the Gazans would have commitments of their own, including eliminating the tunnels, upholding demilitarization and avoiding enemy activity against its neighbors

There are two basic assumptions that one should adopt when it comes to the Palestinians.

The first is that it is easier to solve the problem of the Gaza Strip than the problem in Judea and Samaria.

The second is that it is in Israeli interests to facilitate the establishment of an independent entity in the Gaza Strip, while reserving the right to take drastic measures should the emergent nation become a terrorist state.

Taking this as a basis, an agreement must be reached with Egypt for the expansion of the Gaza Strip to the south, into an area that would allow for hundreds of thousands of people to be absorbed.

Israel and Egypt will recognize Gaza as an independent entity, enabling it to establish a maritime port, thus severing both Israel and Egypt from the need to provide goods and services to Gaza residents.

An Egyptian delegation meets with Hamas officials in Gaza, March 2019

Egypt will of course expect something in return for the area it will vacate. It will be able to receive compensation from entities such as Saudi Arabia, which will mainly contribute in the form of assistance in developing Egyptian agriculture and the economy.

In addition, Cairo will be relieved of the need to assist Gaza residents and establish a buffer zone to prevent direct contact between the Strip and hostile elements in Sinai.

Egypt's position in the Arab world will also be strengthened.

And what will the Palestinians get? Even if it is only a partial territory, at least in the first stage, they will realize their dream of gaining political autonomy and economic independence.

They will have the opportunity to settle hundreds of thousands of refugees who will receive generous assistance in setting up their new homes.

The maritime port will provide economy and jobs. Israel, as the act of a good neighbor, would significantly expand the entry of workers from Gaza. This is in the interests of both parties.

The Palestinians will, of course, also have commitments. First and foremost, they must pledge to hand over their weapons to an international body, eliminate the tunnels, uphold demilitarization and avoid enemy activity against Israel and Egypt.

A basic condition for signing an agreement, or understandings, will be free elections in Gaza - under international supervision.

If it turns out that the Strip's leadership is unable to control the terrorist elements within it, the two countries will have the option to take more drastic actions, such as the demolition of vital infrastructure - including the seaport or an end to the employment of Gazans in Israel.

As the standard of living increases, any activity by the local leadership against Israel will elicit a harsh response that would lead to much unrest against that leadership.

After a number of years in which the Palestinians in Gaza have demonstrated their ability to live alongside Israel in peace, it will be possible to reach a settlement in Judea and Samaria and resolve (or separate) the issue of the relationship between Gaza and the West Bank.

So far, it has been claimed that Israel has laid siege to the Gaza Strip and as such is responsible for every Gaza woe. This new plan would free us from that burden.

At the same time, the permanent boundaries of the three major West Bank settlement blocs will be determined and Israel will pledge not to build, in the interim, any new settlements beyond those borders, all to ensure a political horizon for the settlers of the West Bank and to slightly mitigate their opposition to the plan for the Gaza Strip.

As an interim measure, this would allow for a new type of experiment without requiring the signing of a final agreement immediately, with all the difficulties and concessions that would be required. This is indeed a temporary solution that benefits all sides.

The easiest thing would be to sit down and do nothing. But such a situation inevitably demands the intervention of international agencies who would offer solutions over which Israel would have little control.

Israel's gamble on the scenario presented above is both worthwhile and also reversible.

Shabtai Brill is an expert on the Middle East, a former senior officer in Israeli Military Intelligence and teh mastermind if Israel's drone industry