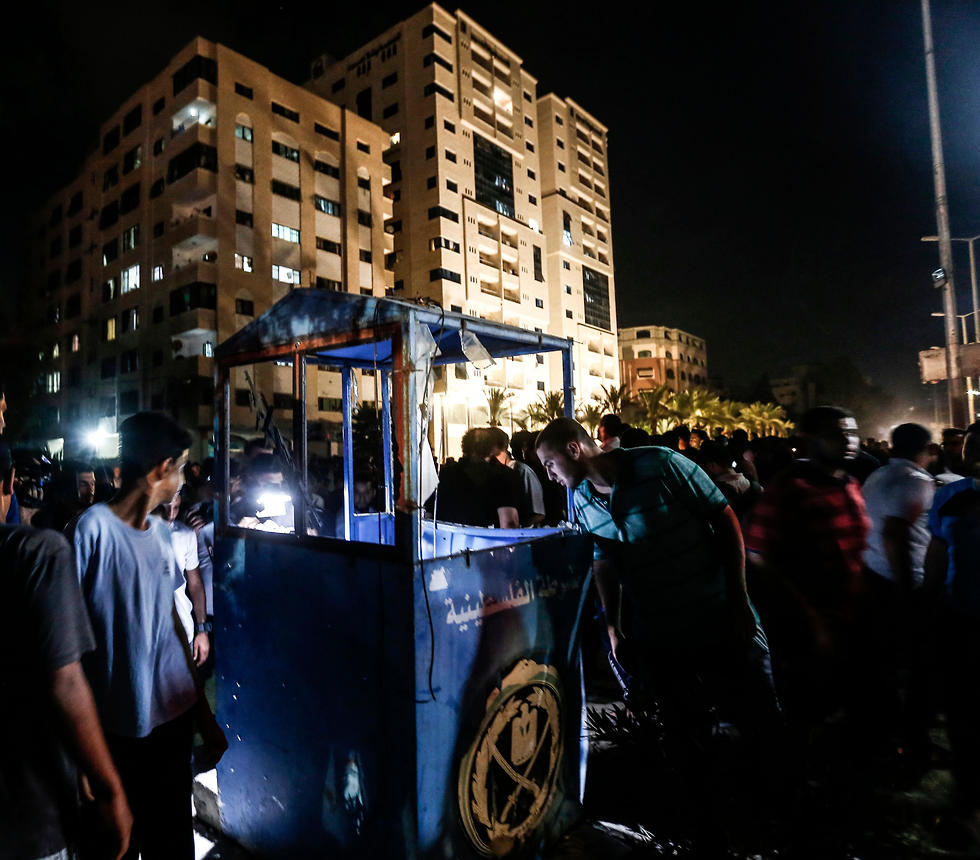 Al Jazeera broadcaster claims the mysterious explosions were a result of a suicide attack; Hamas, who initially blamed Israeli military, reportedly detained members of Islamic State and other radical factions in the enclave

Hamas security forces have moved in to begin arresting people associated with Islamic State and other radical Islamist factions in Gaza after at least three Palestinian police officers were killed in two mysterious bombings in the enclave, Palestinian sources said Wednesday.

Qatar-based broadcaster Al Jazeera reported the Tuesday blasts were detonated by two suicide bombers. Hamas officials claim they know those who are responsible for the attack.

Interior ministry spokesman, Eyad Al-Bozom, said security forces were making progress in their pursuit of those behind the explosions, but he did not disclose further details.

"The sinful hands that carried out this crime will not escape punishment," said Bozom.

The first bomb went off in the southern part of the Strip near a police checkpoint, killing two members of the Hamas police force and seriously wounding another person.

The second blast occurred an hour later in the western part of the enclave, killing another police officer and wounding several others. There, blood stains covered the road and debris from a damaged law enforcement trailer was scattered about. Police were deployed heavily in the area, blocking the street and directing traffic as ambulances arrived on the scene to take the body away.

The incidents was initially attributed to Israel but the IDF and other Israeli security services said they had not carried out any operations in the area.

Hamas officials said their security forces have been put on high alert as the spokesman for Gaza's Interior Ministry vowed those responsible will be found and brought to justice.

"Regardless of what caused the explosions, the situation is under control and the government security forces will have the last say," Hamas leader Ismail Haniyeh said.

"The situation will clear up and presented to the public, we are confident that we will take control of the situation, and get to all the elements involved in the blasts.”