Housing for Jews in Hebron approved by government
Photo: AFP 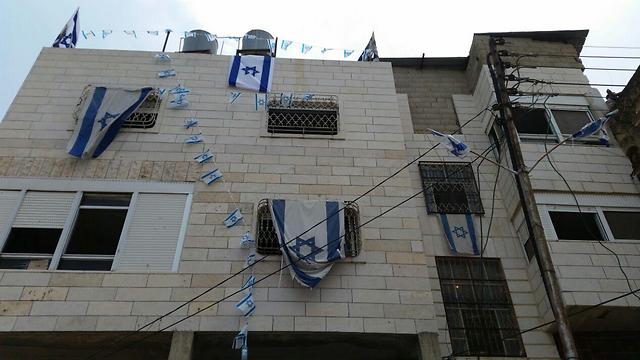 Historic justice for the Jews of Hebron

Opinion: Netanyahu has to stop dragging his feet and right the wrong that was done to the Jews of this ancient city in the wake of the terrible massacre of the community in 1929 and the subsequent Jordan rule

A few Jewish families took up residence this week in a building purchased by Jews with the authority of the Justice Ministry's committee in charge of land procurement in the West Bank.

The procurement process was long and arduous and began in 2012 and is in fact not yet complete because it relies on a Jordanian law from 1964 that deals with property which is not registered to any owner.

The date the families took hold of the building was chosen because the committee finally granted its initial approval, but also because of the anniversary of the Hebron massacre that took place 90 years ago in which 67 Jewish residents of the city were murdered. An event that marked the beginning of the end of the ancient Jewish community.

Massacre of 67 members of the Jewish community in Hebron 1929

Jews, for the most part left Hebron, never to return.

Taking hold of this building, therefore, is symbolic. But it is also indicative of the 52-year absurdity that is the question of historic Jewish ownership.

Until 1929 and for hundreds of years, a Sephardi Jewish community resided in this town, revered by both Muslims and Jews.

Members of the community lived in relative poverty and had over time consolidated their meager earnings to buy buildings in the proximity of the Tomb of the Patriarchs.

Tomb of the Patriarchs in Hebron (Photo: AFP)

Among the property purchased by the small community through a trust that was formed, was a compound that later became a wholesale market that was active until 2000 when the Israeli authorities closed it down in response to terror attacks targeting Jews living in the predominantly Palestinian city.

A new market was opened by Hebron's municipality nearby. The municipality was given authority over the compound and granted rights in it to local Palestinian merchants before Israel captured the West Bank in 1967.

In the 1929 riots, two senior members of the trust were murdered but the legal entity still exists today and there is no question that the property was purchased by it in accordance to the law.

Despite the passage of time, the compound remained closed and uninhabited because its Palestinian tenants were given protected tenant status by the city during the 19- year occupation of Jordan.

52 years of Israeli rule have not changed that but now, a legal opinion issued by Attorney General Avichai Mandelblit at the request of the defense ministry, finds there can be no impediment to the compound being developed while still preserving Palestinian tenant rights by building above the existing structures.

However, the government and Prime Minister Benjamin Netanyahu are dragging their feet.

While the current Jewish community in the ancient city is working hard to purchase more property its members and needs, the large market compound remains deserted.

It is time to give Jews their property lost as a result of the murderous attack on their community so it may grow and prosper.

The authority lies in the hands of the current Israeli government and its leader. They alone can see that justice is done.