A member of the pro-Iran Popular Mobilization Forces in Basra
Photo: Reuters

Baghdad gives mainly Shi'ite paramilitary groups that have wielded increasing power one month to fully integrate with armed forces, but refusals underline government's struggle to assert its authority with groups that helped drive out Islamic State

BAGHDAD — At checkpoints leading into the northern Iraqi city of Mosul, the flags of Brigade 30, a paramilitary force, still fly nearly two months after the Baghdad government ordered all militias to leave. Prime Minister Adel Abdul Mahdi's decree gave Iran-backed paramilitary groups, which have wielded increasing power in Iraq, a month to fully integrate with the armed forces, leave checkpoints and sever ties with political groups. 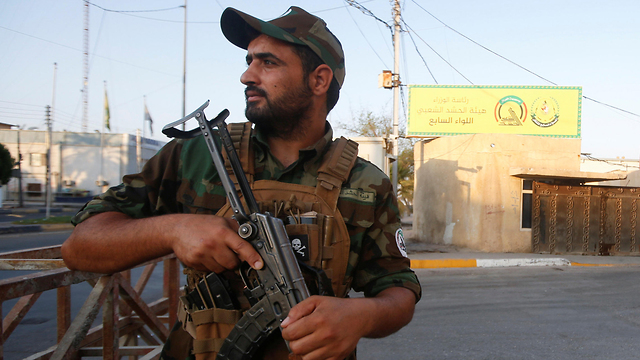 A member of the pro-Iran Popular Mobilization Forces in Basra (Photo: Reuters)
Brigade 30's refusal to abandon its positions on the eastern edge of Mosul -- instead it cut off roads and whipped up angry protests -- underlines Baghdad's struggle to assert its authority and raises the risk of further instability in a region marked by U.S.-Iranian rivalry. Washington warned this year it would take action against Iran-backed militias if Baghdad failed to control them, and imposed sanctions on groups and their leaders, including Brigade 30's Commander Waad Qaddo. It blamed paramilitaries for attacks on bases hosting U.S. forces in May. Tension ramped up in the past month when alleged Israeli air strikes hit weapons depots and bases of paramilitary factions in western and central Iraq. Israel has hinted it was involved but has not explicitly said so. The Israeli military declined to comment. 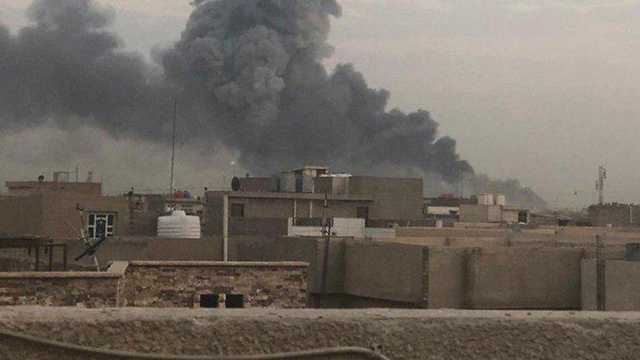 The aftermath of an airstrike on a Baghdad weapons depot attributed to Israel
Paramilitaries in turn accuse the United States of helping Israel attack their positions, and have threatened to retaliate. The Pentagon denies involvement. No evidence has been provided for the mutual allegations. Rivalry between Iraq's two biggest allies, Tehran and Washington, has put the region on edge this year. Oil tankers in the Gulf have been attacked and Israel has bombed Iranian allies in Syria. If Iraq cannot rein in its paramilitary groups, which have more than 100,000 members, there could be further violence, Iraqi officials and analysts say. In parts of Salahuddin province, north of Baghdad, flags of some factions still fly at checkpoints and paramilitaries man roadblocks in neighboring Anbar province. 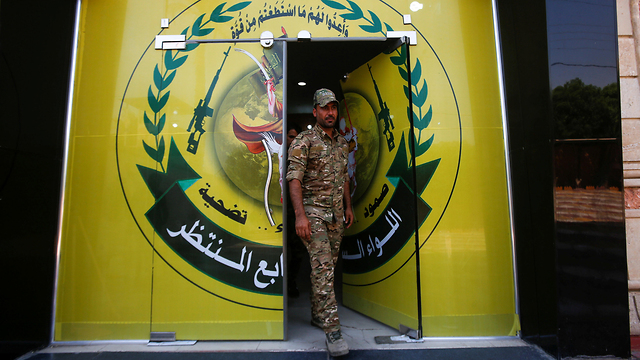 A member of the pro-Iran Popular Mobilization Forces in Basra (Photo: Reuters)
The armed groups dominate local security in some towns and cities across the country, especially territory formerly occupied by Islamic State (IS) militants. Their allies, meanwhile, occupy parliamentary seats, exercising new political strength that has deepened their influence on the government. "Abdul Mahdi failed ... to make a small group leave its positions near Mosul. It raises the question, what could he do against more powerful Iran-backed groups?" said Baghdad-based security analyst Jasim al-Bahadli. The prime minister's office did not respond to a Reuters request for comment. In an interview with local journalists broadcast on Aug. 9, Abdul Mahdi said the integration was complicated and would take more time.

The Popular Mobilization Forces (PMF) - Iraq's umbrella grouping of mostly Shi'ite Muslim paramilitaries backed by Iran - played a key role defeating IS and formally became part of the armed forces last year, reporting to the prime minister. In Baghdad, its influence is growing through new senior military appointments, security sources and analysts say. A commander from one PMF group was appointed inspector-general of the defense ministry this month. 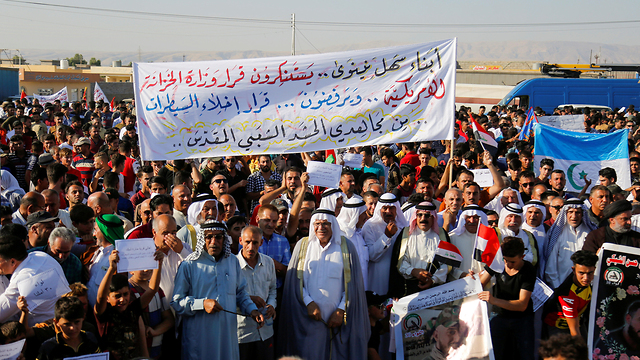 Militias protest against the order to leave their checkpoints in Mosul, July 2019 (Photo: Reuters)
The retirement in May of the military's Mosul commander - a U.S. ally since the fight against IS - has made it easier to resist government efforts to bring paramilitaries in line, sources with knowledge of the appointments said. Abdul Mahdi set a July 31 deadline for PMF factions to integrate with the armed forces, including handing over roadblocks. PMF chief Falih al-Fayyadh said last month most factions were already complying. A PMF spokesman declined to comment for this story. The U.S. Department of Defense did not respond to a request for comment.

Analysts say Brigade 30, like other groups that took territory in northern Iraq as they fought IS, is reluctant to give up power.

The faction, controlled by Iraq's Shi'ite Shabak minority, is one of a number of paramilitary groups in Iraq's northern Nineveh province believed to control parts of the local economy. The PMF has denied its members are involved in trade. 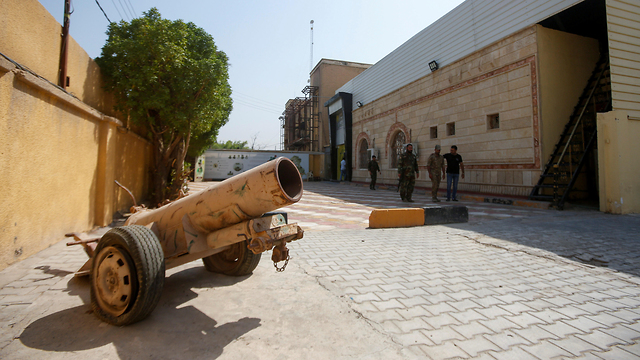 "Brigade 30 have gained quite a bit of leverage in Mosul ... they feel like they made some good gains during the fight and are now being told to give up major checkpoints," said Renad Mansour, a research fellow at Chatham House.

Commander Waad Qaddo's office declined to comment. Washington placed him on a sanctions list in July over alleged human rights abuses and corruption.

In response to Abdul Mahdi's decree, Qaddo's group bulldozed dirt barriers onto a highway leading into Iraq's second-largest city in early August. Supporters blocked roads and burned tyres as the army stood by. 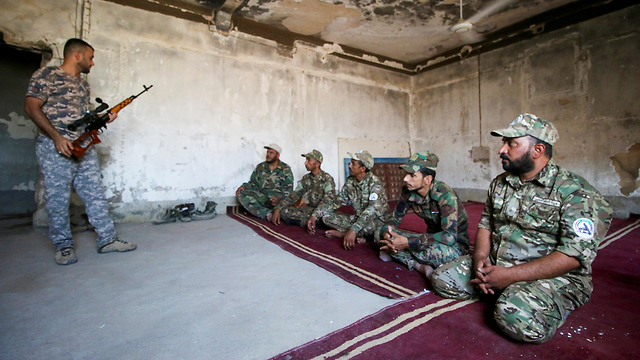 Supporters said abandoning checkpoints could leave the Shabak open to the same abuse and killings minorities suffered at the hands of the Sunni extremist IS in Sunni Arab majority Mosul. "We'll stay in the area to protect our people," pro-PMF lawmaker Qusay al-Shabaki said. Mosul lawmakers and security sources say the episode showed how easily one faction could oppose the government, even as the PMF says it is obeying the prime minister. "Nineveh is under the pressure of the PMF. It's the main power in the province now - the army has become a secondary force," MP Shirwan Dubardani said.