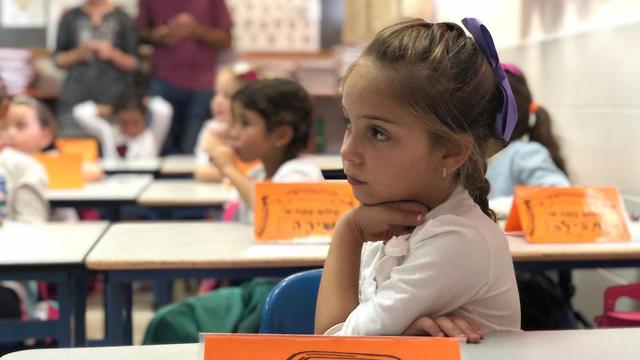 The school year begins after teachers' union, which was threatening to strike on September 1 over pay dispute, agree the terms of sick days and pensions with the Finance Ministry at the last minute

The new academic year has kicked off in Israel on Sunday with over 2,000,000 children of all ages starting school after a teachers’ strike planned for September 1 has been averted at the last minute.

The beginning of the school year was clouded with uncertainty until late Friday over a pay dispute between the Finance Ministry and the Israel Teachers’ Union, which was resolved after the terms of teachers’ sick days and a new pensions formula have been agreed upon.

According to the latest statistics, some 333,000 children entered preschool, 190,000 began kindergarten while at least 168,000 have begun the primary education by entering the first grade.

The months of September usually falls on the Hebrew month of Tishrei, which is replete with several prominent Jewish holidays, leaving the children with many days off right at the start of the school year. This year, however, Tishrei holidays begin at the tail end of September, allowing children a full month of uninterrupted studying.

Despite the strike being avoided, the education system still faces a list of challenges in the upcoming year, which could result in reforms to the system as we know it.

Some of the most complex puzzles the education system will have to solve in the coming year include special needs education, early childhood care and establishment of a collective bargaining agreement for teaching staff, as well as overwhelming teacher shortages - especially in the field of sciences, English and math.