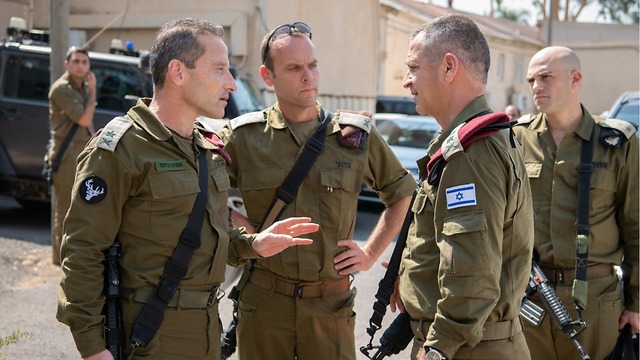 Israeli children return to school in shadow of threats from north

As Hezbollah threatens revenge for alleged Israeli drone strike in Beirut, academic institutions near Lebanon border say there is no change to their routine for now, but they are prepared for an emergency situation

Israeli children on the northern border started the new school year Sunday in the shadow of rocket fire, with Hezbollah threatening to respond to an alleged Israeli drone attack in Beirut.

Inbar Ehrlich, the deputy head of Har VaGai school in the Upper Galilee, told Ynet that the school is planning the entire year according to the security situation.

"What is unusual now is the (level of) alertness, but the explicit instructions received from the military and the authorities are to maintain our routine, so we are sticking to the routine.

"At the same time, there are teams who have been trained to respond to events in times of emergency; the shelters are ready, the students and teachers know where they should go," she said.

"At present there are no special preparations. We practice throughout the year, the teachers underwent training for emergency situations."

"The IDF is on the border and doing everything it has to do," he said.

Rokach said that there are no special instructions for educational institutions in the north but that "the institutions are protected. The secure spaces are close to the classrooms. The education system has been preparing throughout the entire summer."

In the Gaza border communities, meanwhile, school started on the heels of a relatively quiet weekend, despite months of growing tensions, rocket fire and Molotov cocktails and the ongoing fear of escalation in the Hamas-run Strip.

Matan Tzuri contributed to this report