Violence and lies of police operation in East Jerusalem

Opinion: It is the officers from the Border Police and Special Patrol Unit who instigate the violence in Issawiyah, going there in the evening and at night, looking for opportunities to practice the repertoire of occupation and oppression warfare

Anyone trying to make heads or tails of the campaign of harassment the police have launched against the Palestinian neighborhood of Issawiyah in East Jerusalem has to address the culture of lies permeating the Jerusalem District Police.

The incident in which police planted a gun in the home of Samer Suleiman in Issawiyah for TV fake-reality show Jerusalem District, uncovered by Haaretz journalist Nir Hasson, is symptomatic. 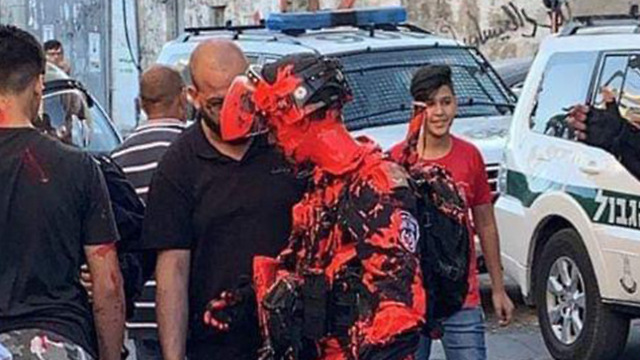 In response to a query made by the Ir Amim NGO as to why this harassment campaign was taking place, Superintendent Adv. Einat Nehemia of the Israel Police said, over a month ago, that the police were “taking action against terrorists” in Issawiyah, following “hundreds of incidents of violence and severe disturbances of the peace... which included, among other things, gunfire and the throwing of Molotov cocktails, stones and firecrackers,” including at cars on Route 1 (the segment running from Jerusalem to the settlement of Ma'ale Adumim).

Her response echoes the statement made by Senior Staff Sergeant Major Erez Hazan, intelligence coordinator with Kedem Sector of the district on that same show, that Issawiyah was a “burning fire. A reactor that doesn’t shut down.”

Nehemia is lying, just as Hazan was. As someone who goes to Issawiyah every week, I can attest to the fact that it is the officers of the Border Police and Special Patrol Unit who instigate the violence, going into Issawiyah in the evening and at night, looking for opportunities to practice the repertoire of occupation and oppression warfare.

A trivial altercation with local residents – a provocative statement or a stone thrown – is immediately met with road closures, stun grenades, pepper spray, brutal beatings of anyone who does not obey their commands, and also the firing of black sponge-tipped rounds which, while non-lethal in theory, have already been known to cause severe injury and even death.

The officers ignored pleas by the neighbors’ and the parents themselves that the police hold off for a few minutes until the parents arrive. Two weeks ago, officers practiced false arrests and stun grenade use, targeting – among others – activists who were filming them. One police officer threw a stun grenade at a parked car, shattering its windshield, for no reason. Other officers were dispatched to erase graffiti depicting Muhammad Abeid, who was unjustifiably shot and killed by a police officer on 27 June 2019. 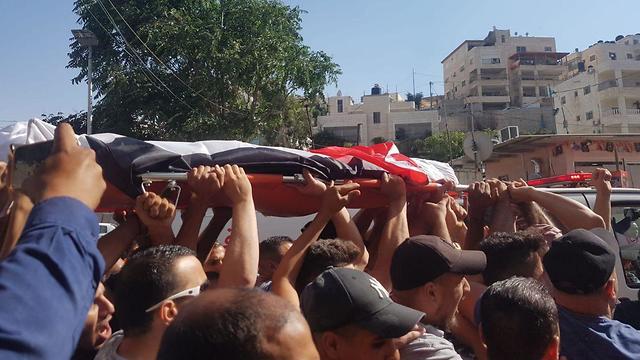 The funeral for Muhammad Abeid, who was killed by police in June

Throughout these weeks of police brutality against the residents, officers have not made a single arrest over gunfire.

Advocate Muhammad Mahmoud, who represents most of the people who have been arrested, estimates about 340 have been taken into custody since the operation was launched, and that most were released within hours, with the police simply issuing fines or, in some cases, sending people to house arrest for several days. The police will not release any information about this harassment campaign. What is it for? What are the police hoping to achieve? How many residents have been arrested and what has their interrogation revealed? Nothing. Because there is nothing.

The police promised to draw lessons from the evidence-planting incident by the stars of the show, Intelligence Coordinator Hazan and Intelligence Officer Superintendent Asaf Ovadia.

This promise should be taken with a grain of salt. Here’s an example of some lessons drawn by the Jerusalem District Police: early in his tenure, former district commander Maj. Gen. Yoram Halevy, espoused the use of collective punishment (such as shutting down stores in response to terrorist attacks) against Jerusalem residents. Later, towards the end of his tenure, he concluded that the presence of combat Border Police officers (the equivalent of the Special Patrol Unit of the Israel Police) in East Jerusalem should be scaled down. He replaced them with older, more experience regular police. 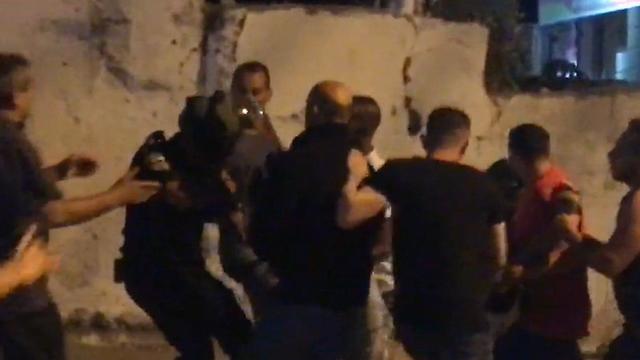 Halevy expressed confidence that the move would mean fewer security-related incidents, and it did.

Following on this approach, a community policing office was opened in Issawiyah, and when Halevy’s term as district commander ended this past February, the neighborhood was calm.

But then Maj. Gen. Doron Yadid took office with a plan to reinvent the wheel and stir things up in Issawiyah in the process.

Yadid will likely soon have to find a way to get off his high horse. The mayor, the police and parents in the neighborhood recently reached an agreement that the police would scale back its presence in Issawiyah, entering only when necessary, and in any case would not operate in the vicinity of schools or pre-schools.

If the agreement is upheld by the police, Issawiyah will be able to begin to recover from the harassment campaign by the Jerusalem District Police. The harassment, carried out with quiet support from the top brass, the minister of public security and the prime minister, created a toxic environment in Jerusalem.

This toxicity proved that the police’s power and violence rest on bald-faced lies, all as part of Israel’s longstanding policy of making life intolerable for the city’s Palestinian residents in the hopes they will leave their homes and city, ostensibly of their free will.