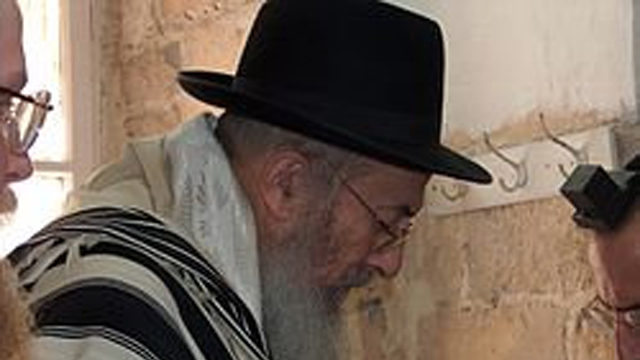 Though the meeting was initiated by MK Zohar, he claims it was sanctioned by the prime minister, still Likud issued a denial saying Noam was not offered anything to drop out of the race

Likud MK Miki Zohar met with Noam Party leaders and offered an end to egalitarian prayer at the Western Wall, in exchange for the anti-gay party dropping out of the election race.

Noam, a far-right religious party is thought unlikely to cross the minimum threshold needed to enter the Knesset and therefore a waste of votes that could potentially got to Likud.

Zohar, a leading member of Likud and a close ally of Prime Minister Benjamin Netanyahu, arrived at Noam Party offices accompanied by a member of the ultra-Orthodox United Torah Judaism Party, which shares much of Noam's platform on matters of religion.

In addition to cancelling any option for non-Orthodox worship at the Western Wall, Zohar also promised its leaders that Likud will support stricter conversion laws if Netanyahu remains in power and offered Noam leaders a non-ministerial role in the next government.

Noam is a new and conservative faction in the Religious Zionist community, which has been criticized for its extreme views on women's role in society, the LGBTQ community and religious pluralism.

MK Zohar told Ynet’s sister publication Yedioth Ahronoth that though the initiative for the meeting was his, Netanyahu sanctioned it.

"They will have a black mark on their name for all times. They are endangering the right-wing rule", Zohar said though the participants agreed to continue talking.

"They will have a black mark on their name for all times. They are endangering the right-wing rule", Zohar said, though the participants agreed to continue talking.

The Likud Party however, denied Zohar's meeting with the Noam Party leadership was sanctioned by the prime minister or the party.

Noam officials said the party intends to stand for elections in the September 17th ballot.