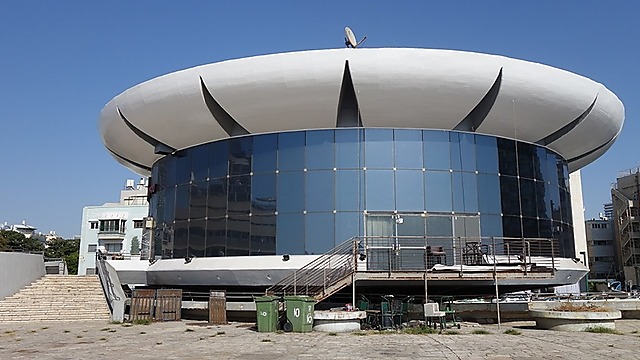 The Beit Tefilah organization is to host Shabbat services at the Colosseum building on beachfront Atarim Square, which until recently was home to notorious Pussycat club

A Jewish education and tradition organization has announced that it will host Shabbat services on Fridays at the iconic "Colosseum" building in Tel Aviv, which until recently was the home of the notorious Pussycat strip club.

Beit Tefilah has been hosting weekend events at Tel Aviv port area in recent years, now the weekly gathering will move to their new location, at least in the meantime - the circular building that was made infamous by the club that inhabited it in recent years.

The notorious club closed its doors in July after years of legal battles between the Task Force on Human Trafficking and Prostitution, Israel Police and Tel Aviv Municipality.

In one of the police raids on the club, officers discovered private rooms where customers could receive sexual services for NIS 400 (approx. $110), a quarter of which the sex worker had to give to the club's owners.

The police also found that some of the women working at the club were foreigners. Drugs of various kinds were also found on the premises.

Although the Pussycat club's business license was revoked in March 2017, Tel Aviv municipality had begun a license renewal process.

The Task Force on Human Trafficking and Prostitution appealed to the municipality and the police, unequivocally demanding that the club be closed immediately, and its license not renewed.