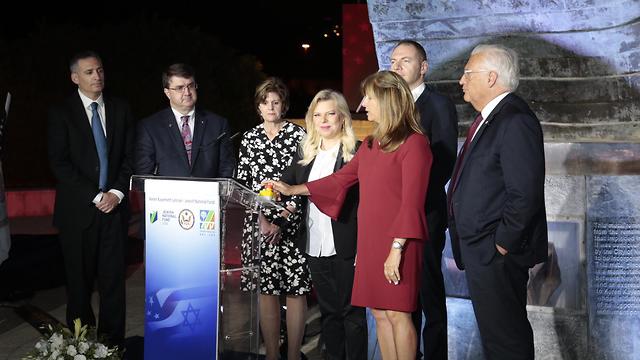 Jerusalem skyline lights up in memory of 9/11

A new art installation lit up Jerusalem's skies Tuesday evening in a ceremony marking 18 years since the devastating attacks in the U.S. on September 11, 2001.

The ceremony held at the KKL-JNF 9/11 Living Memorial Plaza in Jerusalem Park presented an art installation called a “Tribute in Light.”

The installation comprises two 300-meter tall illuminated pillars shining from Emek Ha’arazim in the north of the city all the way to the Tel Aviv-Jerusalem highway.

The “Tribute in Light” has been held each year in New York in remembrance of the victims of the September 11 attacks, with Israel being the first country to participate in this ceremony outside of the United States.

“Tribute in Light” will continue through the annual 9/11 Memorial Ceremony on Wednesday until the morning of  September 12.