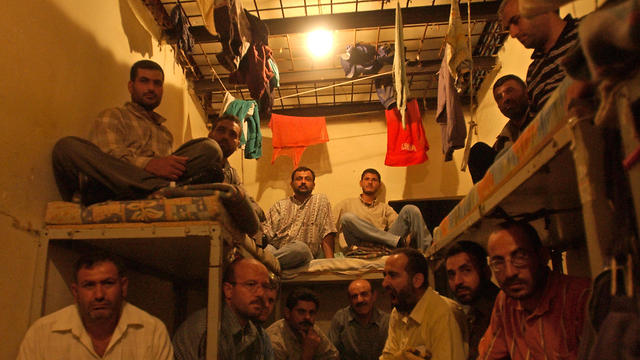 Lebanese-American to be prosecuted for working for Israel

Hundreds of former members of the militia had fled to Israel, fearing reprisals, while others stayed receiving lenient sentences, but on Thursday, in a sit-in in Beirut protesting against Fakhoury, he was called “the butcher of Khiam” that should be put on trial

A Lebanese-American man was referred Friday to prosecutors after confessing he’d worked for Israel during its occupation of Lebanon for nearly two decades, a Lebanese security agency said.

Amer Fakhoury was detained after returning to his native Lebanon from the United States earlier this month.

He had worked as a senior warden at the Khiam Prison in southern Lebanon that was run by an Israeli-backed militia, known as the South Lebanon Army, until Israel ended an 18-year occupation of the area in 2000.

Lebanon and Israel have been officially at war since Israel’s creation in 1948.

Human rights groups have said in the past that Khiam prison was a site of torture and detention without trial before it was abandoned in 2000. Israel denies the allegations.

On Thursday, scores of people, including former Khiam prison detainees, held a sit-in in Beirut protesting against Fakhoury, referring to him as “the butcher of Khiam” and adding that he should be put on trial.

“We reject facilitating the return of agents to the nation,” former detainee Anwar Yaseen was quoted saying by state-run National News Agency.

The Lebanese General Security Directorate said Friday that Fakhoury used an Israeli passport before Israel’s withdrawal to travel from Israel to the U.S.

Hundreds of former Lebanese members of the militia had fled to Israel, fearing reprisals if they remained in Lebanon. Others stayed and faced trial, receiving lenient sentences.

Finance Minister Ali Hassan Khalil, an ally of the militant Hezbollah group, tweeted Friday that the Lebanese people “will not forgive” those who pained them.

Khalil said there are attempts to clear the names of “60 agents for Israel” and “we should take this very seriously” and follow the case.

Some Lebanese media outlets have speculated that Israel or the United States might have been behind Jaber’s arrest.

In 2017, Lebanese businessman Kassim Tajeddine, was arrested in the Moroccan city of Casablanca while on his way from Guinea to Beirut.

He later surfaced in the United States, where he was charged with laundering money for Hezbollah.