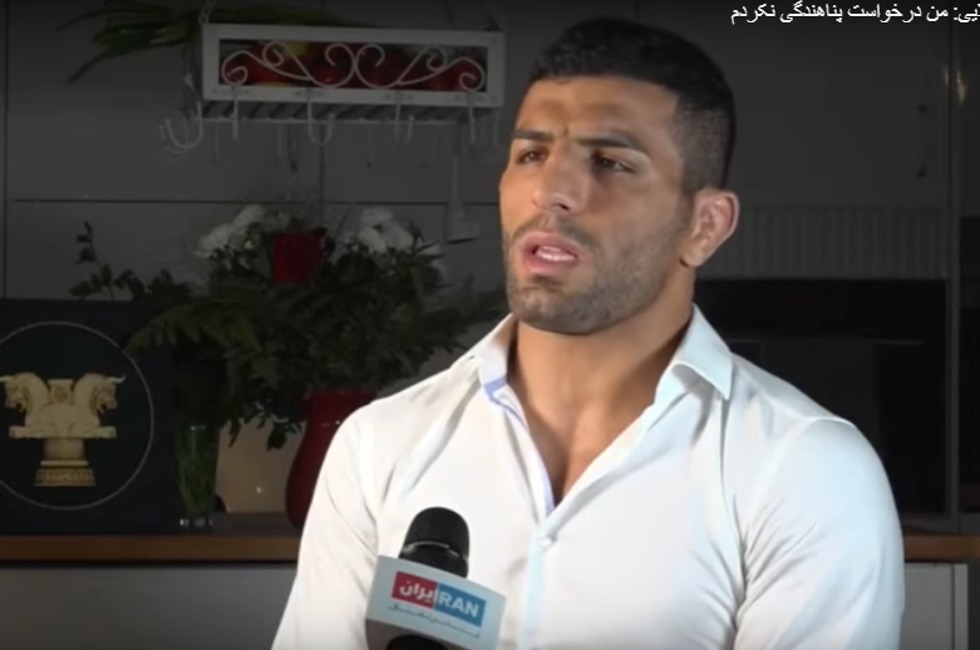 The athlete, who currently resides and trains in Germany, recalls the dramatic chain of events that lead to him losing the recent competition on purpose and his escape

"I hope to meet him on the tatami mat as soon as possible and establish a friendship between two great athletes," said Mollaei in a live interview on his Instagram page last week. "He is a true champion and he deserved to win the World Championships. He had a perfect matchday and he deserves to be number one."

Saeid Mollaei in an interview

The 27-year-old, who currently resides and trains in Germany, recalled the events that lead him to intentionally lose to his Belgian opponent, Matthias Casse, in the semi-final of the 2019 Judo World Championship in Tokyo and flee to Germany.

"The pressure started in the quarter-final, when Iranian authorities spoke to my coach and demanded I lose to the Belgian rival," said Mollaei.

"I saw a lot of people from the Iranian embassy as I was preparing for my next fight," he said.

"This is when the pressure increased and I couldn't control myself. I started crying and people from the International Judo Federation came and checked on me.

"In the end, they helped me move from my hotel to a different hotel and then flee to Germany. I didn't ask for a political asylum in Germany because I have citizenship."

Mollaei then addressed his message of support, congratulating Muki on Instagram, after the latter won the world championship in August.

Muki replied to Mollaei's comment, calling the Iranian "an inspiration as a human being and as an athlete."

"I thank everyone for their support, Muki and (French Judoka) Teddy Riner. I want them to know that it means a lot to me, I am grateful," said the Iranian athlete.