A ballot box in the Israeli elections
Photo: EPA 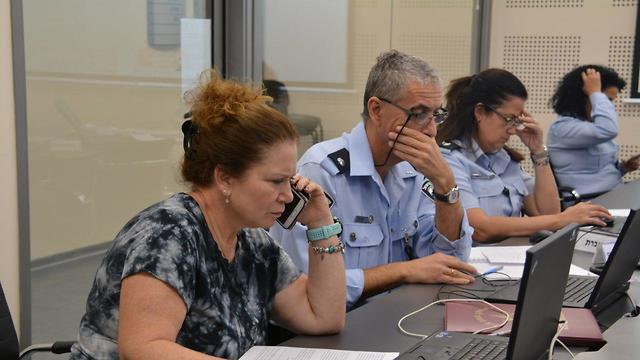 More than 20 people were arrested or detained Tuesday morning on suspicion of involvement in various offenses directly or indirectly related to the Knesset elections.

Police said 69 investigations have been launched, including for banned election propaganda, forgery, violence, public order violations and impersonating others.

An official at a polling station in Wadi Ara complained that the manager at the site had placed more than one envelope containing a ballot paper into the ballot box. The incident is under investigation by police.

Earlier, authorities received a report that another voter had tried to slip multiple envelopes into the ballot box in the town of Rahat in southern Israel. Police detained the man for questioning on suspicion of attempting to sway the election.

On Tuesday afternoon, police investigated five instances of alleged voter fraud in the Galilee village of Yarka, where multiple envelopes were suspected of having been placed by several voters.

Several people were detained for questioning over the allegations.

The chairman of the Central Election Commission, Justice Hanan Melcer, ordered a halt to voting at those polling stations until the allegations had been investigated. Voting at those polls was extended until midnight.

Police officers arrested a 27-year-old man from Binyamina on suspicion of spraying the slogan.

A 17-year-old youth was also detained by police Tuesday afternoon after allegedly arriving at a polling station in central Jerusalem and identifying himself with an ID card that did not belong to him.