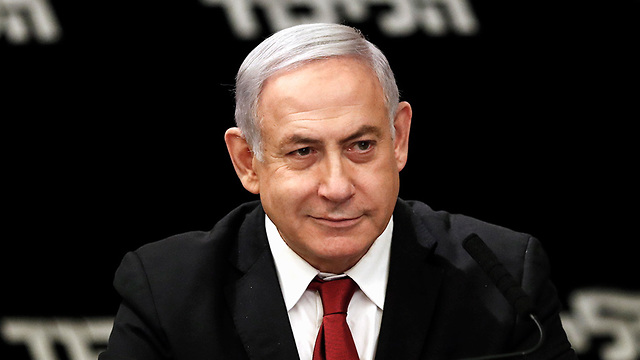 Immunity is off the table for Netanyahu

Analysis: Relief was evident among the judicial community as election results became clear; they were concerned that the assault on the courts, the contentious laws and the political appointments would continue and increase if Netanyahu were to emerge the winner

It was meant to be the campaign that would guarantee Prime Minister Benjamin Netanyahu immunity from prosecution.

Netanyahu and his Likud partners have been promoting controversial laws to be tabled in the new Knesset, some of them in order to help the prime minister deal with his own legal trouble.

The elections ending with less than a 61-seat majority for the right-wing-religious bloc, means these laws will most likely not be tabled even in the unlikely event that Netanyahu is picked to lead the next government and any coalition that may be formed, with Benny Gantz or other partners from the center-left camp will not support such legislation.

If Israelis would be asked to vote for a third time in less than a year, an unlikely scenario thus far, Netanyahu would still be unable to ensure his immunity because by the time that third election is decided, the legal proceedings will have begun and the immunity option will have been lost.

Another contentious bill that was to be tabled after the formation of a new right-wing-religious coalition is a law granting the Knesset the ability to override Supreme Court rulings, if the court finds that the Knesset legislation goes against the basic laws that are the judicial building blocks of the state.

One such case the Supreme Court may want to act against might be Netanyahu's bill to ensure his immunity from prosecution.

Such legislation - which that would severely weaken the Supreme Court - requires a full majority of 61 members of Knesset. Such a majority eludes Netanyahu at this time.

Members of the judicial community were relieved when the results of last Tuesday's elections emerged.

They understood that Netanyahu's political maneuvering, which forced a second election campaign on the Israeli public, was in order to pass the law needed to solidify his immunity.

After a long campaign aimed at disparaging and weakening the judicial system as a whole and Supreme Court in particular and delegitimizing Attorney General Avichai Mandelblit, who must decide the fate of Netanyahu's prosecution, judicial sources assumed the prime minister's assault would continue.

Such an assault would have weakened all government agencies tasked with the prevention of corruption.

Netanyahu has already appointed a political ally to the office of the State Comptroller.

Matanyahu Englman, handpicked by the prime minister for the job, decided to grant Netanyahu permission - previously refused twice - to use funds from a foreign benefactor to pay his growing legal bills.

Barring any major change of events, Netanyahu is due next month to have his pre-trial hearing with the attorney general for the corruption cases pending against him.

According to sources, there are thus far no discussions regarding a plea bargain for any of the three cases that the prime minister will be required to defend himself against.

If such a deal were to be struck, Netanyahu would be forced to withdraw from public office.

Judicial scholars note that 80% of cases prosecuted in Israel end in a plea bargain, so it is not inconceivable that the prime minister would enter such an agreement.

Nontheless, any deal offered by the state would include a demand for a ruling of moral turpitude. This would prevent Netanyahu, who will be 70 next month, from seeking public office for at least a decade.