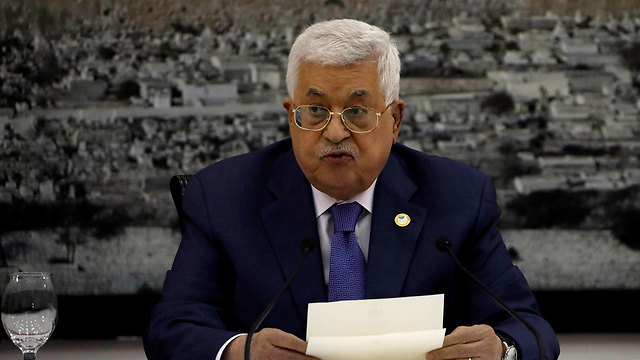 Reacting to Israel’s election results, Palestinian leaders do not believe the next government will work to promote positive change for the Palestinians.

During a visit to Oslo on Wednesday, Palestinian Authority President Mahmoud Abbas announced his rejection of a new Israeli government headed by Binyamin Netanyahu, who failed to win a majority to form a coalition in the September 17 elections.

Abbas said: “Our position is: against Netanyahu.”

The announcement came after Riyadh al-Maliki, the Palestinian foreign minister, told reporters in Oslo that the PA would be willing to negotiate with any “new” Israeli prime minister.

Moeen al-Taher, a Palestinian political analyst based in Amman, told The Media Line that due to the Palestinian leadership’s current situation, the PA would be willing to resume peace talks with Israel, although the latter is not: “Israel believes that the PA is over, where it's not trying to revive it.”

Regarding the election, al-Taher opined that, “forming a national unity government in Israel will help reduce the religious narrative within the Israeli politics.”

However, he stressed that the next Israeli government would not change much with respect to the Palestinian arena.

“Both of them (Netanyahu and Gantz) agree on the key issues concerning the Palestinians. Both of them want to attack Gaza and annex parts of the West Bank for example,” he said.

“The most important thing is that the Arab Joint List is now the third largest party in the Knesset (the Israeli Parliament),” Munir al-Zuhob, head of Abbas’ Fatah faction’s media office, said. He added that Netanyahu and Gantz are “pretty much the same in terms of their political ideology.

“They are two sides of the same coin. Both have fought wars against us and killed our children,” al-Zuhob said.

“There is nothing to hope for from the next government. The only Israeli leader (former prime minister Yitzhak Rabin) who believed in the two-state solution was assassinated by his own people.”

Nabil Shaath, a senior Palestinian official, said that the results of the Israeli election reflect “the racist right-wing trend that rules Israel, in partnership with (President Donald) Trump.

“All of the candidates represent the Zionist settlement movement that supports racist laws and decisions against the Palestinian people,” Shaath said, adding that there is nothing to indicate the next Israeli government “can be a partner for peace.”

Experts say it will be difficult for either Netanyahu or Gantz to put together a majority coalition. Yisrael Beytenu party leader Avigdor Liberman is calling for a national unity government that would include his party in addition to the two largest parties.

Abd al-Lateef Qano’u, a Hamas spokesperson in Gaza, said that “there is no difference between the Israeli factions and leaders, where all of them compete to hate the Palestinian people and work against it, as an occupying power.”

He warned that “any assault from the next (Israeli) government against our people will be faced. The Palestinian people are ready to counter any hostility in their land.”