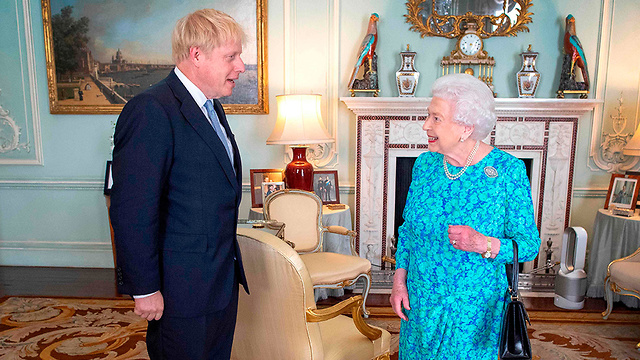 LONDON - The United Kingdom's Supreme Court ruled on Tuesday that British Prime Minister Boris Johnson had acted unlawfully when he advised Queen Elizabeth to suspend parliament weeks before Brexit - and that therefore the suspension was void.

The ruling paves the way for legislators to return to parliament, where Johnson has no majority. It could give lawmakers, most of whom are opposed to leaving without the EU without a divorce agreement as he has threatened to do, further opportunity to impede his strategy.

"The decision to advise Her Majesty to prorogue parliament was unlawful because it had the effect of frustrating or preventing the ability of parliament to carry out its constitutional functions without reasonable justification," Supreme Court President Brenda Hale said.

"Parliament has not been prorogued. This is the unanimous judgment of all 11 justices," Baronness Hale added. "It is for parliament, and in particular the speaker and the (House of) Lords speaker, to decide what to do next." Parliament was suspended, or prorogued in the British jargon, from Sept. 10 to Oct. 14. The prorogation was approved by Queen Elizabeth, Britain's politically neutral head of state, on the advice of the prime minister. "I welcome the Supreme Court's judgment that the prorogation of Parliament was unlawful," said the speaker of the House of Commons, John Bercow.

He said parliament would resume its deliberations Wednesday at 11:30 a.m., adding that there will be full scope for emergency debates following the court. He said the ruling means the suspension never took effect.

"I have instructed the House authorities to prepare not for the recall - the prorogation was unlawful and is void - to prepare for the resumption of the business of the House of Commons," he told reporters.

"Specifically, I've instructed the House authorities to undertake such steps as are necessary to ensure that the House of Commons sits tomorrow and that it does so at 11.30 am," he said.

Bercow said there will not be a Prime Minister's Questions on Wednesday as Johnson is in New York for the United Nations General Assembly.

Some lawmakers, including those thrown out of Johnson's Conservative Party for rebelling against his Brexit plans, had said he should resign if he was found to have misled the queen.

Brexit Party chairman Richard Tice said the ruling means Britain will have to ask the European Union to push back the Brexit deadline again. Johnson has pledged to leave the EU on October 31, come what may.

Benn said Johnson had "acted unlawfully in proroguing Parliament because he didn't want us holding him to account" over Brexit.

He added: "I look forward to the House of Commons returning as soon as possible."

Transparency campaigner Gina Miller called the ruling "a win for Parliamentary sovereignty, the separation of powers and independence of our British courts."

Miller, who is one of the people who brought the case against the government, said the court unanimously ruled that Johnson advised the queen to shut down Parliament "to silence our democratically elected MPs at one of the most critical times in our country's modern history."

As a result of Tuesday's decision, Miller said: "Parliament is open - it was never prorogued. I urge MPs to get back to work immediately."