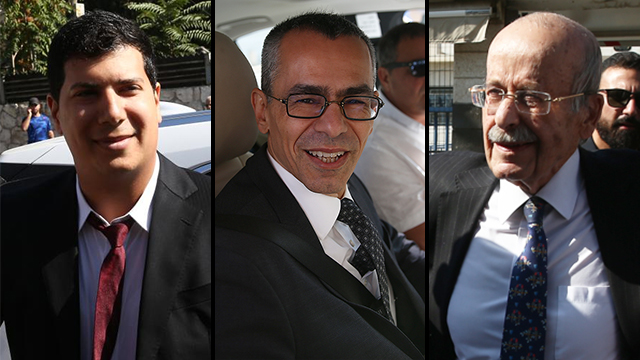 Netanyahu's legal team says a possible plea deal is not on the table as PM faces breach of trust, fraud and bribery charges in three criminal corruption investigations known as cases 1000, 2000 and 4000

A series of three pre-trial hearings in which Prime Minister Benjamin Netanyahu will try to fend off allegations of corruption kicked off Wednesday morning, with the focus on an alleged media tit-for-tat that could lead to charges of bribery, fraud and breach of trust.

Netanyahu faces possible indictment in three criminal corruption investigations known as Cases 4000, 1000 and 2000. Attorney General Avichai Mandelblit announced in February that he intends to file charges against the prime minister for all three cases.

Netanyahu could face fraud and breach of trust charges in all three cases, and bribery charges in Case 4000, which is on the agenda during Wednesday and Thursdays hearings.

The prime minister himself will not be present at the hearing held at the Justice Ministry in Jerusalem and will be represented by his defense team.

Netanyahu has denied wrongdoing, calling the allegations part of a media-orchestrated witch hunt.

One Netanyahu's attorneys, Ram Caspi, said he believes Mandelblit would make his decision on whether to indict "professionally … ignoring any background noise, unnecessary demonstrations and media pressure."

Caspi said the issue of a possible plea deal was not on the agenda.

"We are going to present not only the evidence everyone is aware of, but also new evidence," said Netanyahu's attorney Amit Haddad as he went into the hearing.

"We are sure that once we present our findings there will be no choice but to close the case," he said. "We know and we believe that at the end of the day all the three cases must be closed."

After hearing the arguments, the attorney general is expected to decide by the end of December whether to indict Netanyahu.