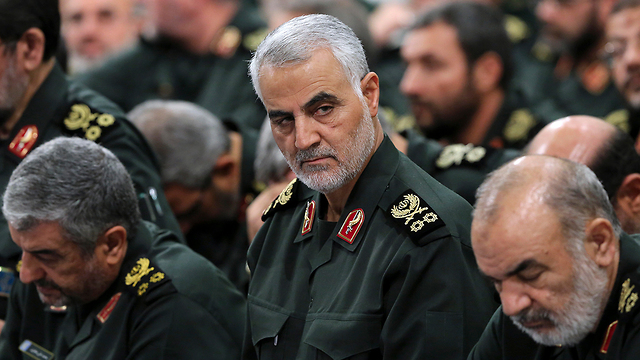 The Iranian media earlier quoted the Revolutionary Guard Corps as saying that Tehran had been able to foil a "regional plot" to eliminate Soleimani and the three suspects in the alleged plot had been arrested on Thursday.

Qasem Soleimani (Photo: AP)
According to the reports, the information was revealed during an annual leadership meeting by Hossein Taeb, head of the IRGC Intelligence Organization, adding that the planning of the alleged conspiracy had taken "several years."

The site was established in memory of Soleimani's father, who died in 2017, indicating that the assassination attempt occurred sometime in the past two years.

According to Iranian reports, the assassination was set to take place during the days commemorating Fatimah bint Muhammad - one of five children fathered by Prophet Mohammed - usually held in late February/early March.

The suspects allegedly buried 500kg explosives in the tunnel under the site where the ceremony was due to take place and planned to blow up the device when Soleimani arrived to the location for his father's memorial service.

The identities and nationalities of the suspected conspirators remains unclear.

In a rare interview on Tuesday, Soleimani revealed that Israel came very close to killing him and Hezbollah leader Hassan Nasrallah during the Second Lebanon War.

Daniel Salami contributed to this report