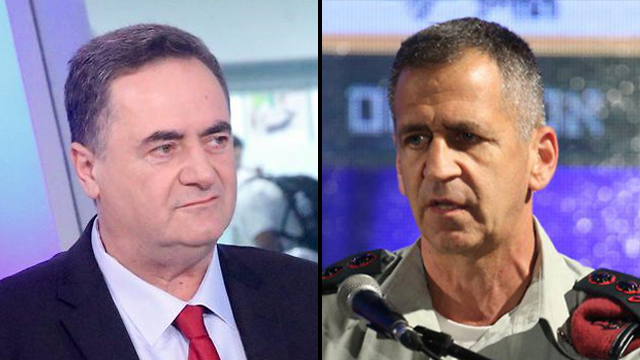 Israeli military chief admitted during a cabinet meeting to have approved the publication of a foiled Iranian drone attack on Israel, the foreign minister said Monday.

Israel Katz says that IDF Chief of Staff Lt.-Gen. Aviv Kochavi said during Sunday’s security cabinet meeting that it was his decision to publicize the thwarting of an Iranian attack last August. According to the IDF, the attack was to be carried out by unmanned aerial vehicles sent from Syria to hit Israeli targets.

Israel had a long-standing policy of ambiguity about aerial assaults on Syrian territory, which was first broken back in January when Prime Minister Benjamin Netanyahu confirmed that the Israel Air Force struck Iranian targets in Syria following Syrian reports of successful interceptions over Damascus.

Prime Minister Benjamin Netanyahu at the time called the thwarting of the attack a "major operational effort,” adding that "Iran has no immunity anywhere.” Netanyahu’s response prompted his political rivals, primarily Blue and White co-founder MK Yair Lapid, to criticize the prime minister for ending the policy of ambiguity (with regards to military activity in Syria) in lieu of personal interests.

"Remember the debate about the ambiguity over the IDF's foiling of Iranian drone attack from Syria?" Katz said on Twitter.

“Lapid attacked the government, claiming it was the reason Nasrallah responded?” he said referring to Hezbollah leader Hassan Nasrallah who ordered an anti-tank missile attack on military vehicles near the border in response to three men - belonging to the Lebanese terror group - being killed in IDF strike that thwarted the attack.

“Well, now that the elections are over the chief of staff made it clear that he was the one who initiated the publication out of professional considerations."

“You’re not only leaking the information from cabinet meetings but also shift the responsibility onto the chief of staff,” tweeted Lapid in response. ”We both know that canceling the policy of ambiguity was not about the drone attack, it happened much earlier."