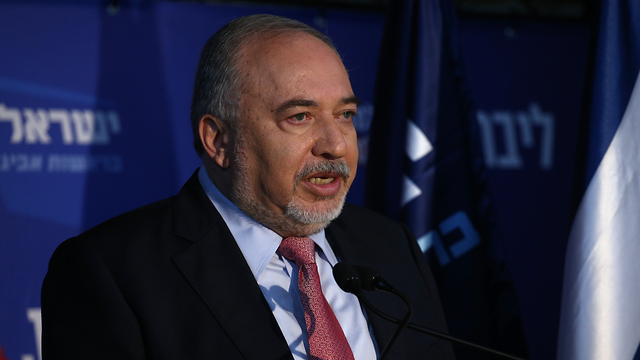 With unity outline an apparent dud, elections loom ever closer

Analysis: Liberman's latest outline for a government comprising his Yisrael Beytenu and Likud and Blue and White has not brought the sides closer together, and despite its call for pragmatism, nothing has changed

The mandate for forming a coalition is still in the hands of Prime Minister Benjamin Netanyahu, but on Wednesday night Yisrael Beytenu leader Avidgor Liberman released his outline for a unity government - to little avail.

As of now, it seems this outline has not brought the two sides, Likud and Blue and White, closer together, and an unpredecented third national election in a year looms.

According to the outline, both parties would make a number of compromises: the Likud party would come to the negotiating table without the far-right or the ultra-Orthodox parties, in order to agree on basic guidelines with the Blue and White and Yisrael Beytenu.

The Blue and White party in turn would have to agree to President Reuven Rivlin's proposal proposal for a rotating prermiership, under which Netanyahu would stay on as prime minister first.

Both the Likud party and the Blue and White party refused both the compromises offered by Liberman.

Neither party has a large enough bloc to form a coalition in the 120-MK parliament after the September elections, which were pushed through by Likud when it became clear the prime minister could not put together a government following the April nationwide vote.

Shortly after the outline was published, Likud issued a dismissive response, saying that "Liberman hasn't brought anything new to the table".

Likud officials added: "Liberman continues to evade from saying out loud that he will not be part of a left-wing government headed by Benny Gantz and supported externally by the Arab parties."

Blue and White officials on the other hand have responded favorably to the outline, specifically the part pertaining to the three parties negotiating together the basic guidelines without the far-right and ultra-Orthodox parties.

"We hope this will be a wake-up call to the Likud party to come to the negotiating table, and that Liberman is a natural partner in this and all coalitions to follow," the party said.

Political sources believe that despite the proposal calling for pragmatism from both parties, nothing has changed in the relations between the parties.

"Even with the outline published, we're most likely going to another election," saId a senior source said.

"The Likud party will not give up on its bloc in any event," the source said.

It also appears that Blue and White will not give up on its fundamental promise of not sitting in a coalition with Netanyahu while he faces multiple indicments for alleged corruption.

Yisrasel Beytenu faction leader MK Oded Forer rapped both sides for their lukewarm responses, singling out what he said was Likud's readiness to take the country to the polls.

"This outline is the only way to prevent an election," Forer said.

"All sides would make compromises - Netanyahu would give up his bloc and Gantz the first stint as prime minister - and a liberal national unity government could be formed in a matter of days," he said.

"The fake news of the Likud party response shows how much they are pushing for an another election at any cost. Let it be clear – Yisrael Beytenu would oppose a left-wing government. Our goal is clear – a liberal national government - the rest is lies."