Naama Issachar sentenced to years in Russian Prison
Photo: Courtesy of the family 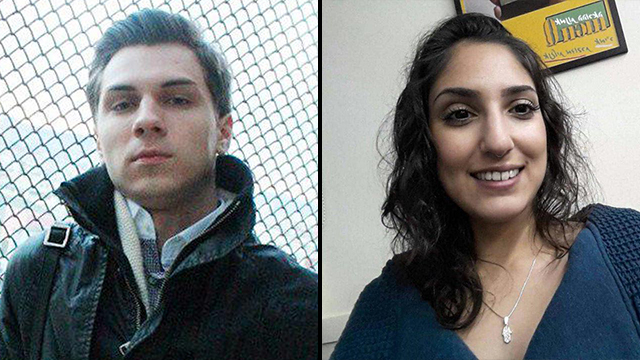 A Russian court sentenced a U.S.-Israeli woman to seven and a half years in jail for drug offences on Friday, a ruling Israel condemned as disproportionate and which her family said Moscow had linked to the fate of a Russian citizen detained in Israel.

Naama Issachar, 25, was arrested in April while in transit in a Moscow airport, en route from India to Israel, and accused of carrying 9 grams of cannabis, her family said. Russian authorities charged her with drug smuggling.

The RT report cited Burkov’s family as calling for the exchange. It said Burkov denied U.S. allegations against him.

Official sources tell Ynet that the fact that a connection was made between the sentencing of Ms. Issachar and the case of Alexei Burkov , will present further legal difficulties. "It is time to pray for Naama Issachar", the official added expressing the hope that direct conversations between Netanyahu and Putin may bring about a resolution.

Minutes before Friday’s sentencing, Prime Minister Benjamin Netanyahu ruled out any swap of Issachar for Burkov.

“Israeli justice officials have made unequivocally clear that there is no possibility of preventing Burkov’s extradition after Israel’s Supreme Court ruled him extraditable,” a statement by Netanyahu’s office said. It did not elaborate on whether such a swap had been formally proposed.

The statement went on to say: "“Israel has delivered a clear message: The punishment being demanded by the Russian prosecutor is disproportionate and does not fit the nature of the offense being attributed to Issachar,” adding that Israel would make “every effort with the Russian authorities” to bring about her release.

According to the statement, Netanyahu had twice discussed Issachar’s case with Russian President Vladimir Putin and that Israel would “continue to exert every effort to free (her) and return her to her family”.

U.S. officials had no immediate comment on either case.

Israel’s Foreign Ministry said the ruling was “heavy” and “disproportionate” given the circumstances of Issachar’s arrest - a reference to her having not intended to enter Russia with drugs.

The sentenced announced Friday was close to the maximum eight years requested by prosecutors, who say she broke the law on Russian soil. Defense lawyers are expected to appeal.

Issachar’s uncle, Israel Cohen, described his niece as “a hostage, abducted in order to bargain for a Russian hacker”.

“As a mere (cannabis) possessor she was not in his (Burkov’s) league, so they (Russian authorities) shifted to charges of smuggling and trafficking in order to raise her value,” Cohen told Reuters.

Asked to respond to the allegation, a spokesman for Russia’s embassy in Israel said the Foreign Ministry in Moscow does not interfere in Russian judicial affairs. According to the Moscow Times newspaper, Russian authorities consider possession of more than 6 grams of cannabis a criminal offense.