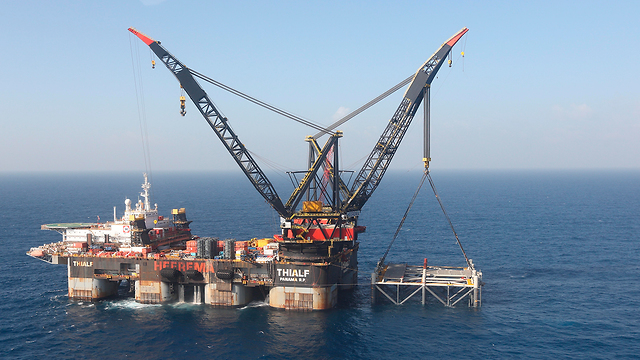 New research suggests that Noble Energy, the gas company in charge of the "Leviathan" natural gas site off Israel's western coast, is “grossly underestimating" its polluting emissions and the possible threat it could pose to the country's environment.

The study recommends that Noble Energy immediately reassess the current drilling site and possibly move its operation to a safer location.

The site is located just about ten kilometers north of the coastal town of Caesarea, a heavily populated area and home to some of Israel's most historic artifacts.

Israel's former chief scientist at the Environmental Protection Ministry Sinaia Netanyahu called the findings “very disturbing” and charged that “public trust is being compromised once again,” according to The Times of Israel.

The ministry published an assessment just a couple of weeks ago - based on industry reports from the polluting culprits themselves - showing significant reductions in air pollution, including in the Haifa Bay area, where much of the country’s industry is based.

That recent publication comes in stark contrast to the ministry's report released back in June.

That publication found that there was little change in the citizenry's exposure to carcinogenic pollutants since the implementation of a national plan four years ago.

The study also found that Noble Energy’s "Tamar" natural gas platform continued to be by far the country's most polluting facility, emitting over 50% of the country’s carcinogenic benzene between 2013 and 2018.