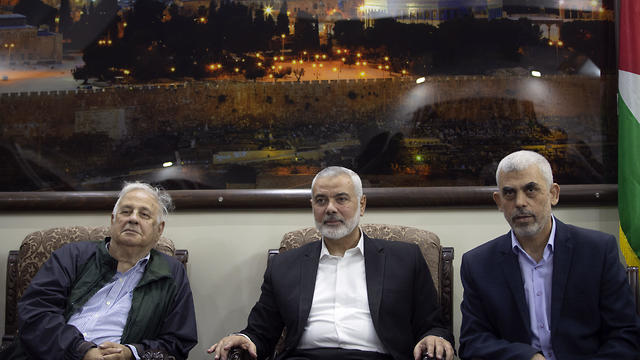 Abbas announced his intention to hold elections in his speech to the UN General Assembly last month, calling on the UN to monitor the vote

Hamas leaders in Gaza say they are ready to hold Palestinian elections — a potentially significant step that could help end a 12-year rift with the rival Palestinian Authority.

Hamas leader Ismail Haniyeh made the announcement Monday after a meeting with the head of the Palestinian Central Election Commission, Hanna Nasser.

However, there was no indication whether the meeting overcame the obstacles that have scuttled similar pledges in the past.

Chairman of the Palestinian Central Elections Commission (CEC), Hanna Nasir, arrived in the Gaza Strip on Sunday, for talks with leaders of Hamas and other factions on Palestinian President Mahmoud Abbas’s plans to hold parliamentary elections in the coastal enclave, the West Bank and east Jerusalem.

Abbas announced his intention to hold elections in his speech to the UN General Assembly last month, calling on the UN to monitor and  the vote.

The last time Parliamentary elections were held was in 2006.

Hamas and Fatah have been at loggerheads since 2007, when the terror group seized Gaza and threw out Abbas’s forces.

Attempts at reconciliation and holding new elections have repeatedly failed, leaving the Palestinians divided between two governments, one in Gaza and the other in the West Bank.