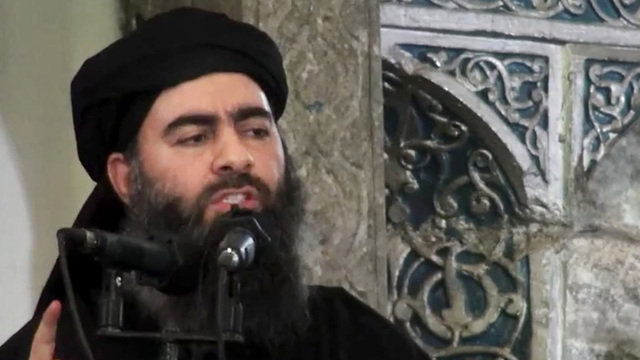 Islamic State was already in its death throes

Opinion: Trump deserves credit for the killing of the IS leader, but will it really change anything given that the group no longer exists as a state, or will the young people of the Mideast simply look backward instead of forwards?

Imagine if Abu Bakr al-Baghdadi (Abu Bakr al-Bugatti as Trump called him) had been killed four years ago.

At the time, the Islamic State was more of a country than an organization, spanning on an area the size of the United Kingdom, overseeing the lives of more than five million people and implementing a sadistic version of Sharia law thanks to captured oil fields and smuggling of all kinds.

But severing the head now is merely a symbol of the death of the whole body, thanks to the joint efforts with the Kurds.

The idea died before the leader did, the Islamic State was pretty much nonexistent for two years now and has become a standard Salafi terror organization, much like al-Qaeda, the organization that birthed it.

The list of thanks Trump gave during his press conference to announce the targeted killing shouldn't be a surprise to anyone. Russia, Turkey and even Syria, but barely a nod to the Kurds; who according to American officials delivered the crucial piece of intelligence.

In terms of Trump, this is a classic case of more luck than brains. Instead of a humiliating retreat, the American presence in Syria ends with a big red X over the face of the most wanted man in the world.

The question at hand now is what's next. What will rise from the smoldering ruins of the 21st century Islamic Caliphate?

Apparently, the big winner is al-Qaeda. The relocation of resources and manpower by the West to deal with IS gave them time to settle down and recover - although it is possible that IS reinvents itself.

Lacking territory and with the humiliating death of their leader, the remaining fighters could focus on direct guerilla action against targets in the West, Russian and Turkish assets in Syria, or even become a greater annoyance for Egypt in the Sinai Peninsula.

The Middle East is in turmoil once again - from Iraq to Lebanon and from the Persian Gulf to Egypt.

There are many young people in the region who will look for a different ideal to hold onto following the resounding failure of the Arab Spring, itself coming to its ultimate conclusion in these last days, with Bashar Assad reclaiming Syrian territory.

Will this new ideal be a utopia that will surpass ethnic boundries in the spirit of the Lebanese protests – no Shiites, Sunnis or Christians – just regular citizens?

Protesters from across society unite in Lebanon (Photo: MCT)

Or will it be a hideous new amalgamation brought to you by the jihadist workshop?

The Islamic State began as an ideal that managed to make such a large impact in a large part due to the internet, and - if only for a few years - made the fantasy of a state under Sharia law a reality.

The young people of the region are waiting for the next ideal. Whether it is a foward-looking hope of integration or regressive yearning for sectarianism remains to be seen.