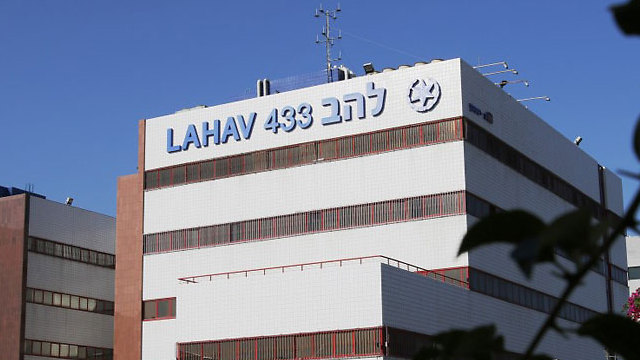 Mayor, former mayor, ex-ministerial aide among those questioned; 10 others arrested in investigation into alleged graft by senior government employees accused of colluding to hand government contracts to certain external parties

The Lahav 433 Special Investigations Unit arrested 10 people on Monday, including a senior official in a state-run company, on suspicion of bribery, fraud and money laundering.

Nine other people were held for questioning, including a mayor, a former mayor, a local municipal leader, a former ministerial aide and a well-known contractor.

As part of the investigation, police on Monday confiscated documents from the Ministry of Environmental Protection in Jerusalem. According to suspicions, external contractors and entrepreneurs were allegedly awarded preferential treatment for infrastructure work and other projects in return for bribes.

Police said that a lengthy coverty investigation was on Monday morning revealed. According to suspicions, senior government and local authority staffers allegedly colluded with others in several instances of corruption.

According to the police, evidence shows the suspects allegedly worked to promote their own interests by influencing decision-makers in various state-owned enterprises.

Evidence also allegedly shows that senior officials in local municipalities and even government ministries were involved in the alleged endorsement of certain interested parties, in exchange for bribes and other improper incentives.

The legal team for the former ministerial aide responded to the charges, saying: "Our client completely denies the suspicions against him, and we will raise all relevant arguments before the judge who will hear the case."