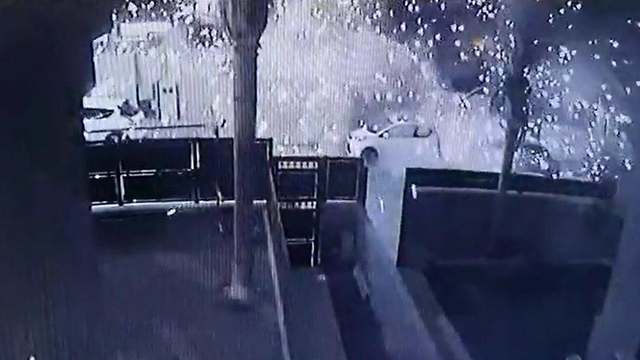 The Gaza show must go on and on and on

Opinion: Friday's rocket attack on Sderot was the latest in a string of similar incidents all prompting similar responses, but a resident of the city whose home was damaged in the barrage asks: 'Does the government think we are second class citizens?'

Israel has not yet settled accounts with Hamas over Friday's rocket attack from Gaza, in which Sderot homes were damaged.

Frightened Israelis who rushed into protected spaces are still catching their breath, mothers of soldiers stationed on the Gaza border are still breathing a sigh of relief, but it is not too soon to say with confidence, that the next attack is sure to come.

Hamas launches rockets at Israeli communities when it sees fit, and at short intervals.

We had an attack on August 25, followed by one on September 11, followed now by November 1.

The earlier attacks are all well documented in the Israeli media.

Reporting is always the same: "Rockets launched from Gaza, no one injured."

The Israeli response is also on repeat.

First the military response, which Prime Minister Benjamin Netanyahu promotes as "powerful, as you can all see."

Next come interviews with residents of the south whose homes were damaged.

Last Friday it was the turn of Sderot resident Albert Abuhatzeira, who demanded to know if the government saw him and his neighbors as second-class citizens.

"We are traumatized all the time," he lamented, "and all we hear is that the cabinet will convene."

In most cases, Sderot Mayor Alon Davidi, a 10-year veteran in the post, also weighs in demanding government action.

"It is time to put an end to this," he says. "Israel must launch a military incursion into Gaza and the eliminate the Hamas leadership once and for all."

As if we are watching an amateur theatre production, one that comes around every couple of months and whose lead actors all remember their lines.

They too know that a cabinet meeting will not yield a military solution, nor will it mitigate the anguish felt by residents of the Gaza border communities.

A tweet by Netanyahu's Likud rival MK Gideon Sa'ar calling for stronger action is nothing but a line added into the play that gives another actor the chance to take center stage, even for a short while.

By the time the dust from the rocket attack settles, and the headlines have moved on, it is time to put away the script and bid farewell to the audience with some familiar, calming platitudes: "Elimination of Hamas leaders" or "destruction of terror infrastructure" or even the old standby "there is no partner on the other side."

But the show must go on. So, Netanyahu assumes his position back stage, this time pulling the strings of his new-old friend Naftali Bennett.

The New Right leader has taken the role of a calmer character, no longer calling for war, as he dreams of the ministerial portfolio that could be his - if only he sticks to the script provided by the prime minister.