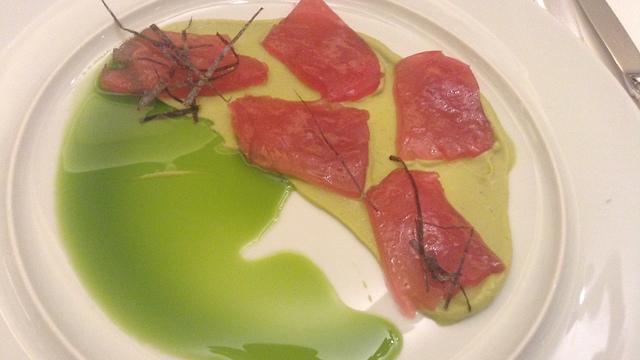 The art of pizza and beer

Pizza and beer may go together like love and marriage (or a horse and carriage), but locally each one has taken center stage separately, during two special events.

Commencing November 3, six prominent Tel Aviv restaurants have been participating in a culinary project called Ta’aruha Tzarfatit, or “French Exhibition,” although the name loses a lot in translation, since it relies on a play on words combining aruha (meal) and ta’arukha (exhibition).

Each restaurant is serving one dish inspired by a different classic French painting; they all have something else in common as well: they are designed to be paired with the French beer Kronenbourg 1664 Blanc.

It is a fortuitous choice, as this unfiltered wheat beer is extraordinarily versatile: distinctively flavored with coriander and citrus peel, it somehow manages to be simultaneously mellow and robust.

The participating chefs and restaurants are Aviv Moshe of Messa, Avivit Priel of Ouzeria, Koby Bachar of Pastel, Gil Dahan of Kitchen Market and Moti Titman of Milgo and Milbar.

Photos of the paintings that served as their inspiration -- which include masterpieces by Monet, Dégas, Géricault and Manet, among others -- will be hung in each restaurant, juxtaposed with photos of the dishes they engendered.

All three were outstanding, and there is every reason to believe the other two are just as good.

Pizzafest was launched on October 28 at a master class conducted by visiting pizzaiolo Francesco Martucci, of the famed I Masanielli pizzeria in Caserta, a suburb of Naples, Italy.

It continues between the dates Nov. 10-14, when the following pizzas can be ordered from their respective restaurants in the evening hours (delivered by Wolt; limited distribution area):

The cost of a pizza, including a bottle of Ferrarelle, will be NIS 59.