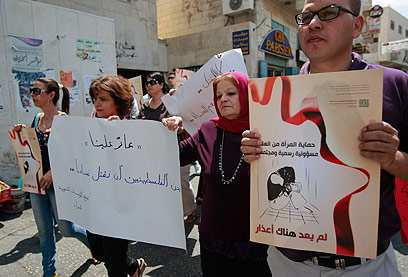 New legislation raises age of consent for marriage for both genders to 18, and while seen as a historic achievement for the Palestinian Authority, many women's rights activists do not believe it goes far enough

Palestinian Prime Minister Mohammad Shtayyeh’s government has passed a law setting the minimum age for matrimony at 18 for both genders in an effort to reduce rates of early marriage.

“The new law is meant to protect Palestinian families and ensure the advancement of Palestinian women,” the government stated when it announced the upcoming law on July 27.

Exceptional cases will be determined by the chief justice.

According to statistics published by the Women’s Affairs Center in Gaza City, 37% of married Palestinian females wed when they are under the age of 18, including 5% who marry before the age of 15.

Sixty-three percent of young married women suffer violence at the hands of their husbands, and 95% would not recommend early marriage for their daughters.

Child marriage is thought to contribute to the high rate of divorce in the Palestinian territories.

“This law came to put an end to the phenomenon of early marriage in Palestinian society and give females a chance to exercise their right to education," says Palestinian Social Affairs Minister Ahmad Majdalani.

"It’s an important law that will positively reflect on Palestinian society.”

Majdalani stressed that females have the right to fully live their childhood and utilize their youth to mature physically and psychologically.

“Females are not ready or able to start a family when they themselves are very young,” he says, adding that both genders need space.

Judges had the power to decide otherwise in certain cases, for example if the girl were seen as mature and her father approved.

Speaking to The Media Line, Palestinian women expressed joy at the new law, although some remained critical of certain aspects.

“At 18, girls are still very young to get married, in my opinion,” says 27-year-old Cathen, but adds that it is still an improvement over the previous minimum age.

“I think the age is fine as long as another clause is included stating that females must give full consent to the marriage,” she says.

Dina Azouni, a young Palestinian activist, feels the new law is a great improvement although the focus should be on whether there is genuine consent by the female.

“The dangerous cases are when women are forced to get married because their family wants money,” Azouni says. “Setting the legal age at 18 is a step forward, but this doesn’t eliminate the problem of forced marriages in our country.”

Each week, thousands of Palestinian women and girls gather in the West Bank and elsewhere, demanding an end to physical, psychological, sexual and economic violence against women, and seeking a family protection law.

As a result of the demonstrations, the PA’s Women’s Affairs Ministry said the government would enact a family protection law by the end of this year.

As for the new law on the age of consent, some women believe it came 25 years too late.

“It should have been one of the first laws passed by the Palestinian Authority,” says Nahed Abu Tomeh, a West Bank activist.

“The Palestinian government (at the time) had no real political will to make the decision, as it wanted to avoid confrontations with those who were against the determination of an age for marriage,” she claimed.

Abu Tomeh added that the PA now had no choice in the matter, pointing out that it signed the CEDAW (Convention on the Elimination of All Forms of Discrimination Against Women) Protocol in 2014.

The protocol, adopted by the United Nations General Assembly in 1979, calls on countries to eliminate all forms of discrimination against women.