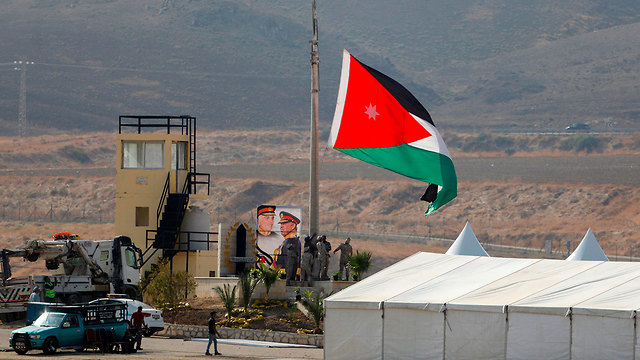 Jordan said on Monday it was committed to its landmark peace treaty with Israel despite ending a 25-year deal that allows its neighbour to use two parcels of land along its border under its sovereignty, its foreign minister said.

Jordan's King Abdullah announced Sunday that Naharayim, located along the Jordan River in northern Israel, and Tzofar, located deep in the Negev Desert south of the Dead Sea, leased by Israel for mostly agricultural purposes would be returned to the "full sovereignty" of Jordan as the two countries marked a chilly anniversary of their landmark 1994 peace agreement.

In a news conference, Ayman Safadi said the country acted in accordance with the treaty in not renewing the deal over the two enclaves straddling the border that allowed Israel special rights over its citizens working and present in the two areas. "We are a country that respects its commitments to the peace treaty, which we have to abide by fully," Safadi said.

Safadi added his country would continue to respect private ownership by Israelis in Baqoura, which in Israel is known by its Hebrew name Naharayim.

But any Israeli who owns property in Baquora will now need to get a visa to enter Jordan and his property will be governed by Jordanian laws that apply to other foreigners, Safadi said

Israel has controlled the agricultural lands for over 70 years and had been permitted to lease the areas under the peace agreement, with the assumption that the arrangement would be extended once again. Even amid mistrust and a looming deadline, Israel was hoping a solution could be found. But King Abdullah II's announcement to parliament seemed to put an end to that idea.

"I announce the end of the annexation of the two areas, Ghumar and Al-Baqoura (the names of the sites in Arabic-ed.), in the peace treaty and impose our full sovereignty on every inch of them," said Abdullah.

It marked a new blow to relations that began with great optimism but have steadily deteriorated.

The change, however, would affect members of Israeli agricultural communities only at the start of next year. According to an agreement (in principle) between the two countries, 31 Israeli farmers will be allowed to continue cultivating some 1500 dunams (370,000 acres) of land in the area until May 2020.

The Hashemite kingdom announced the decision not to renew the lease in October of last year.